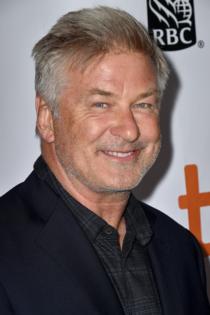 Baldwin was filming a scene for the movie “Rust” when the prop gun went off, said authorities.

“There was an accident today on the New Mexico set of ‘Rust’ involving the misfire of a prop gun with blanks,” a spokesperson for Baldwin told told People.

At around 1:50 p.m. local time, authorities responded to the Bonanza Creek Ranch after a 911 caller said that “an individual had been shot on set,” a press release from the Santa Fe Sheriff’s Department read.

No charges have yet been filed as police investigate.

“We received the devastating news this evening, that one of our members, Halyna Hutchins, the Director of Photography on a production called ‘Rust’ in New Mexico died from injuries sustained on the set,” John Lindley, the president of the International Cinematographers Guild Local 600, and Rebecca Rhine, the executive director, said in a statement, Variety reported.

“The details are unclear at this moment, but we are working to learn more, and we support a full investigation into this tragic event,” the statement said. “This is a terrible loss, and we mourn the passing of a member of our Guild’s family.”

While investigators have already confirmed that a prop gun was fired, they are still looking to figure out what type of projectile was discharged.