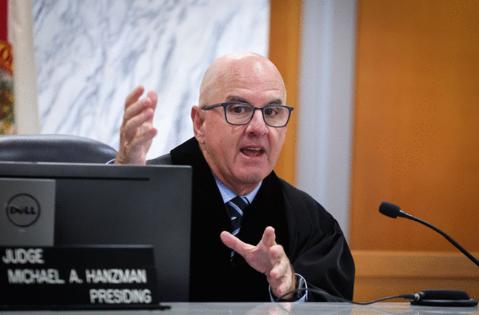 MIAMI — Internal disagreements over how to divide money to compensate victims of Champlain Towers South are so strong and bitter that it may be impossible to reach a compromise, a mediator told the judge overseeing the Surfside class-action case on Wednesday.

“This is a heartbreaking situation,” court-appointed mediator Bruce Greer said. “There are very recalcitrant positions. The talk has been more gentle in court than in my conversations.”

He summed up the most extreme positions this way during a court hearing on lawsuits surrounding the building’s collapse: Some condo owners argue they should be compensated for the loss of their units. Relatives of other victims argue the money should go toward their wrongful death claims — and blame condo owners for not maintaining the safety of the building.

Greer, a prominent Miami attorney with expertise in mediation, gave an update two weeks after he began “extremely intensive and extensive conversations” with lawyers and their clients about how money from the sale of the property and from the building’s insurance should be divided among victims and survivors.

“There are innumerable positions as to what people believe should happen, with three major buckets — and two of those are diametrically opposed,” Greer said. “One position from property owners asserts that proceeds from the land sale and insurance is solely for the owners of the property.

“A second position from wrongful death and personal injury lawyers is that property owners should be assessed and are subject to individual liability, so they would lose the value of their entire unit and could have personal liability also.”

Greer said a group in the middle of those two points of view believes it is premature to mediate over limited funds because too many facts are unknown and more time is needed for investigation.

Hanzman, clearly perplexed, said he was disappointed by the hard line the two sides had taken. He wants to avoid an ugly fight over money and protracted litigation. His plan was to allocate money for property loss claims quickly so that displaced condo owners could be reimbursed for at least the appraised value of their units, find new homes and get their lives back on track, and then focus on the more complicated death claims.

“It’s extremely unfortunate news,” Hanzman said. “I had hoped they’d see the wisdom of resolving this. An allocation dispute is risky and will likely delay any compensation in the near future. But if people want to dig in — I’m disappointed to hear this broke down so quickly and people are taking such extreme positions and mediation turned out to be nonproductive.”