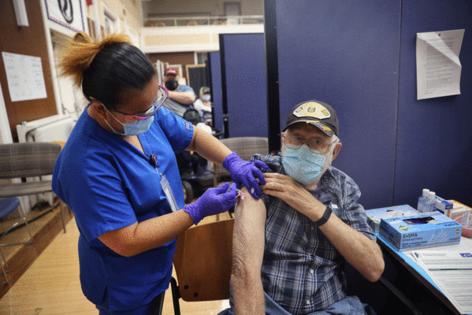 Proof of when the vaccines start to protect, and of how long they do so. Proof that an individual would be better off with a booster dose. Proof, even, that one vaccine might work better than another.

But all of those things require something that has not yet been established: a common currency by which peoples' levels of protection can be reliably measured, valued and compared. If it rises, that means a person's defenses are stronger; if it falls, they've become more vulnerable.

In the language of vaccines, that measure is called a "correlate of immunity." It's not proof itself, but a Rosetta Stone that guides the search for evidence.

The absence of these immune correlates is "one of the struggles we're all having," said Dr. Hayley Gans, a pediatric infectious disease specialist at Stanford University and member of an expert panel that advices the Food and Drug Administration on COVID-19 vaccines.

After any new vaccine is rolled out, it can take decades for scientists to agree upon a standard way to measure its protection, said Dr. Joel I. Ward, a retired professor of immunology at UCLA. Sometimes they just give up.

That was the case when a whooping cough, or pertussis, vaccine was introduced in the early 1950s. Over the next 30 years, babies stopped dying of whooping cough, and despite the absence of a correlate of immunity, scientists declared victory. Then in the early 1990s, when doctors began to detect pertussis infections in adolescents and adults who had been vaccinated, scientists shrugged and recommended boosters.

The earliest COVID-19 vaccines began rolling out less than a year ago, so it's no surprise that scientists have yet to find and agree on a common measure of immunity, Ward said.

This might seem like an arcane debate, but having a way to measure a vaccine's protection could help scientists bring the pandemic under control.

Among other things, it would allow doctors to assess whose immunity to COVID-19 is slipping and identify those who could benefit from a booster.