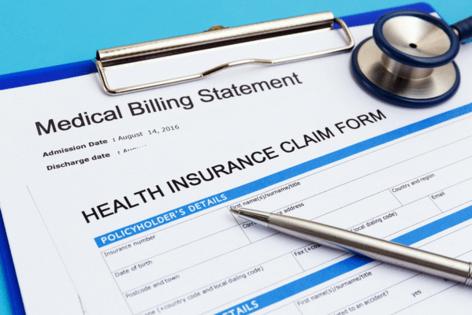 WASHINGTON — Lawmakers who crafted last year’s law addressing surprise billing are once again at odds over policy particulars after the Biden administration issued a rule to implement the law in a manner that some say revives a congressional dispute.

Certain members on Capitol Hill and influential voices in the health care industry that spent millions trying to influence the law are pushing the Biden administration to amend its surprise billing policies before the law takes effect on Jan. 1. But policy experts say the rule is unlikely to change significantly.

Congress spent two years creating and debating legislation to shield patients from so-called surprise medical bills. Lawmakers agreed that patients shouldn’t receive such bills, but the primary hurdle was how to resolve payment disputes between health plans and providers. Now some lawmakers, doctors and hospital groups say an interim final rule outlining how those disputes will be decided doesn’t adhere to the legislation, which was enacted as part of a 2020 year-end spending law.

“There is bipartisan concern about the rules that have been released because they clearly do not match not just the intent but the letter of the law on surprise medical bills,” Texas Rep. Kevin Brady, the Ways and Means Committee’s top Republican, said on an Oct. 13 press call.

Other lawmakers, including two top committee leaders who were closely involved in the negotiations, say the rule by the Health and Human Services, Labor and Treasury departments and the Office of Personnel Management does meet Congress’ intent and should take effect in January.

“This rule implements the No Surprises Act just as we intended and will save countless patients from being left with an exorbitant bill for care they thought was covered by their insurance,” Washington Democrat Patty Murray, who chairs the Senate Health, Education, Labor and Pensions Committee, said in a statement.

While industry groups rallied behind the effort to end surprise medical bills, lawsuits are expected.

The surprise billing regulations “will be aggressively litigated, and such litigation likely will not be resolved until the highest court willing to hear appeals renders its verdict on the permissibility of the rulemakings,” Spencer Perlman, a managing partner at investment and consulting firm Veda Partners, wrote to investors.

At issue are the parameters an arbiter should consider when determining payment for a surprise bill that a health plan and provider cannot determine on their own.

The law directs the arbiter to look at a range of factors when determining the ultimate outcome. But the recent interim final rule dictates the in-network median payment rate should be the default payment amount — an outcome closer to the policy that Murray and Energy and Commerce Chairman Frank Pallone Jr., D-N.J., preferred.