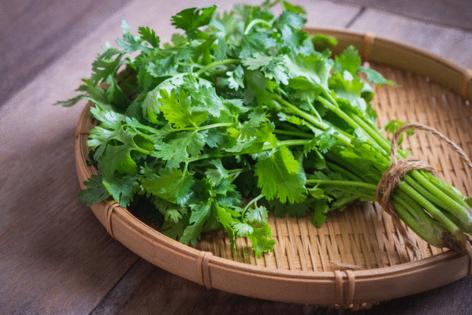 Cilantro, also known as coriander or Mexican parsley, is a staple in Latin American and Asian cuisines.

And California's Central Coast is growing tons of it.

In the last fifteen years, cilantro production in the Golden State has steadily increased. In 2019, the California Department of Agriculture reported producing 42,340 tons of the fragrant herb, totaling nearly $50 million in value.

That's nearly double the amount in 2006, when the state yielded 24,101 tons of cilantro. While known for producing the country's almonds and lettuce, California grows the most cilantro than any other state in the nation.

Bill Esparza, a food anthropologist and author of the book, "L.A. Mexicano: Recipes, People & Places," said the demand is due to the number of taquerias and Mexican-concept restaurants opening in California.

"Mexican food and taquerias have exploded. That's really where the demand is," he said. "It never has been this much."

Why is cilantro becoming more popular?

Most of California's cilantro is grown in Monterey and Ventura counties, which provide cooler weather conditions needed for the delicate herb to thrive.