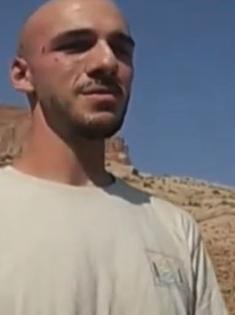 NEW YORK — Human remains were found in a Florida nature preserve where authorities have been searching for fugitive Brian Laundrie, the only suspect in the strangulation death of his fiancée, Long Island native Gabby Petito.

A coroner was on site in a section of the park where body parts were found near a backpack and notebook that Laundrie may have had when he disappeared in September, authorities said.

“Further forensic analysis” will be conducted to identify the remains, a law enforcement official said, but Laundrie’s parents apparently believe the remains are their son.

“The probability is strong that it is Brian’s remains,” Steven Bertolino, a lawyer for the family, told CNN’s Chris Cuomo on Wednesday night.

Hours earlier, the FBI located a number of Laundrie’s items on a trail in Florida after his family told law enforcement about an outdoor spot he frequented.

“Earlier today, investigators found what appears to be human remains along with personal items belonging to Brian Laundrie,” Michael McPherson, special agent in charge of the FBI’s Tampa division, said in a televised news conference Wednesday. “These items were found in an area that previously had been underwater.”

The remains have not yet been identified.

McPherson said portions of the Carlton Reserve and the Myakkahatchee Creek Environmental Park in North Port, Florida, will remain closed to the public to protect the “integrity of the work” as federal and local law enforcement authorities continue their investigation.

“It’s likely the team will be on scene for days,” he said.

Authorities could be seen on site sectioning off an area with yellow caution tape.