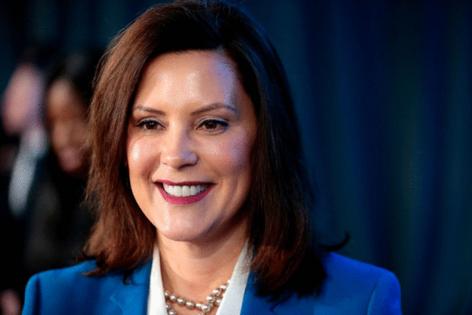 DETROIT — An informant who helped the FBI infiltrate an alleged plot to abduct Gov. Gretchen Whitmer pleaded guilty to a federal gun crime Tuesday, marking the second conviction of a key figure involved in the kidnapping conspiracy investigation.

Wisconsin resident Stephen Robeson is not expected to spend a day in prison despite pleading guilty to a 10-year gun crime under terms of a plea agreement filed in court. The agreement calls for Robeson to serve two years' probation for illegally possessing a high-powered sniper rifle, but U.S. District Judge William Conley will choose the sentence Feb. 3 in federal court in Madison, Wis.

The deal makes no mention of the Whitmer investigation but raises questions about why prosecutors were willing to offer such a lucrative deal to a convicted felon even though he committed a new crime while working as an FBI informant in one of the most closely watched domestic terrorism investigations this century.

It remains unclear if Robeson will be called by defense lawyers in the kidnapping trial in March.

Robeson's lawyer, Joseph Bugni, who could not be reached for comment Tuesday, has argued the convicted felon had prior approval from the FBI "to otherwise engage in illegal conduct."

Robeson, 58, of Oxford, pleaded guilty two months after kidnap plotter Ty Garbin of Hartland Township was sentenced to six years in prison for his role in the conspiracy. Garbin, 26, is expected to be the government's star witness during the trial in March.

Robeson, however, is not expected to testify for the government during a trial that will detail an alleged conspiracy that prosecutors say was thwarted thanks to a heavy reliance on informants and undercover FBI agents. Five men are charged in federal court while eight others are facing state charges.

The Robeson case exposed a rare public rift between federal prosecutors and a valuable informant, and amounted to the first, but not last, sign of trouble in the kidnapping case.

In the ensuing months, one of the lead FBI agents was arrested and accused of beating his wife after a swinger's party, dropped from the Whitmer case and fired. Defense lawyers, meanwhile, have raised questions about possible misconduct by federal agents and whether they entrapped the accused kidnap plotters.