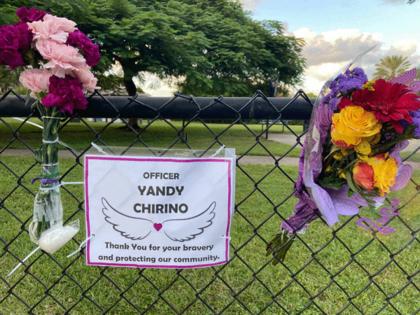 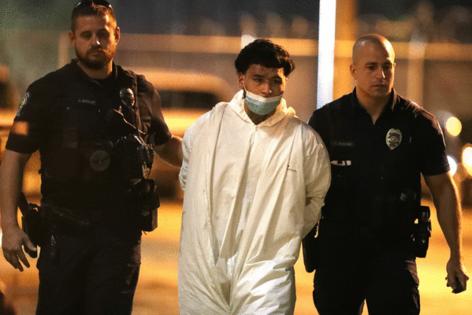 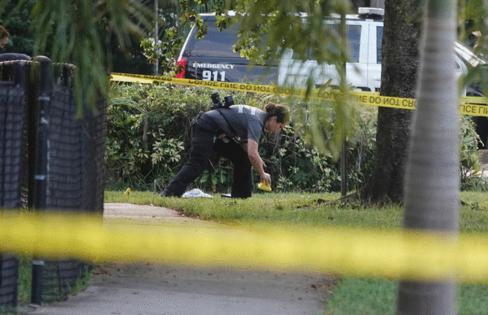 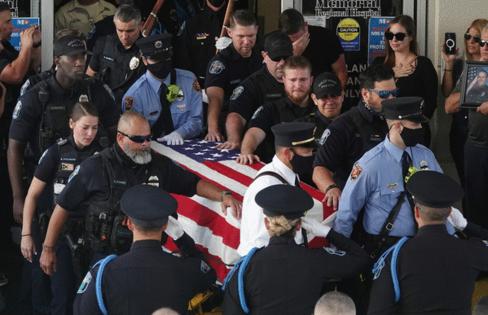 Stepping before a judge is something that Jason Banegas, the teen charged in the shooting death of a Hollywood police officer, has done before. It was just 30 days ago that the 18-year-old was freed from jail in Miami-Dade County on burglary, trespassing and cocaine charges.

Now Banegas faces the prospect of never being a free man again.

Banegas walked to the lectern and lowered his head Tuesday in bond court as Judge Tabitha Blackmon read through a heady list of charges he now faces, including first degree murder.

Officer Yandy Chirino was shot in the face late Sunday night after responding to the Emerald Hills neighborhood of Hollywood when someone called to say a teen on a red bicycle was acting suspiciously and possibly trying to break into cars.

Within 25 minutes of the call, Chirino was shot in the face after some sort of struggle with the teen, officials said.

Chirino was pronounced dead at Memorial Regional Hospital sometime after midnight. He was just 28.

By midday Monday, officers from the Hollywood Police Department rushed to hospital to help carry the fallen officer’s flag-draped casket out of the hospital and into a Hollywood Fire & Rescue ambulance.

Officers blocked roads as a motorcade of police officers flanked the sides of the ambulance as it made its way to the Medical Examiner’s Office in Davie.

In addition to the first degree murder charge, Banegas, of Miami, faces charges of grand theft of a firearm; resisting arrest with violence; and burglary, among other possible charges.

Banegas will be represented by the public defender’s office. Blackmon ordered him to undergo a mental health screening at the request of his lawyer.

He was denied bond.