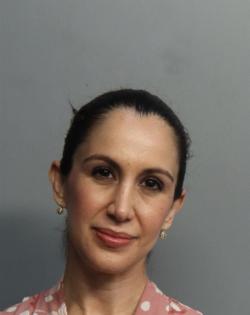 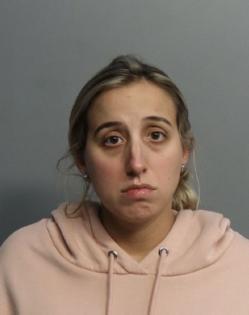 MIAMI — When the 14-year-old boy’s mother and stepfather learned that he’d been lured into an illegal sexual relationship, the identity of the suspected abuser stunned them.

At 31, Brittiny Lopez-Murray was nearly two decades their son’s senior. She had been his drama teacher at Hialeah Middle. Her husband coached his basketball team, the parents told the Miami Herald.

And she was eight months pregnant.

The illegal relationship started well after Lopez-Murray became pregnant, the boy’s parents said in an interview. When they were told about the abuse earlier this month, they called Lopez-Murray to confront her. On speaker phone, they recalled, she at first denied the allegations — then relented.

“She had the audacity to tell us, ‘Please don’t say anything. Please don’t call the cops. I promise I won’t do it again,’” the boy’s stepfather recalled.

The anguished parents spoke to the Miami Herald nearly two weeks after Lopez-Murray was arrested and charged with a slew of felonies, the first of two pregnant Miami-Dade schools teachers arrested in separate sex abuse cases over the span of five days.

Their account adds more details to what has been a sordid month for South Florida educators — a third teacher, Daniel Fernandez, 35, of Renaissance Middle Charter School, was also charged with sexually assaulting a student, and the Miami-Dade public school district was ordered to pay $6 million to a former student sexually abused by a different teacher years ago.

Lopez-Murray and the other pregnant teacher, Heiry Calvi, 41, resigned as they faced firing by Miami-Dade County Public Schools. Renaissance has also fired Fernandez.

Rookie Teacher of the Year