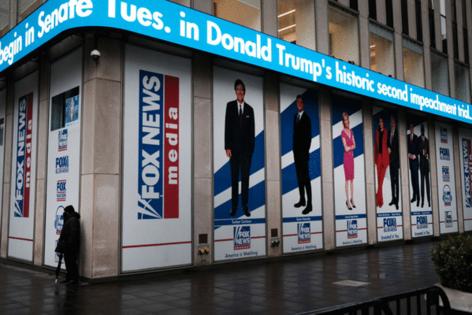 About 10,000 Americans a day turn 60 (that’s roughly the same number of Americans born each day), and each of us passing that mark will live, on average, an additional 23 years and seven months. This is the baby boomer cohort, and along with the older “silent generation,” we hold 70% of the nation’s wealth. We vote — people in the 60-plus age group were about 50% more likely to cast a ballot in 2020 than those ages 18 to 29. But we also watch about five hours of television a day.

We can and should be doing more. The United States is facing divisive crises, and older Americans — experienced Americans — owe it to themselves and their kids and grandkids to push the nation in a better direction. The two of us are over 60, and we hope — we trust — that our peers who care about civil rights, economic justice and environmental sanity are ready to direct their life skills and resources toward the common good.

After all, in its first act, our cohort participated in or bore witness to profound political and cultural shifts for the better: We shaped or were shaped by — and benefited from — the civil rights movement, the drive for women’s equality, and the massive campaigns against the war in Vietnam. If you’re about 70 now, you were about 20 on the first Earth Day, which means there was a pretty good chance you were out in the street

Of course, not every young person in those years could be called progressive. And among those that were, as our long second act proceeded, the fervor seems to have faded. Perhaps we thought we’d actually solved these problems that engaged us, or perhaps we just found ourselves behaving more as consumers than as citizens. Many of us did the “right” things — got jobs, had families — and with the Reagan-era political shift to the right, it was easier to put our heads down, go to work and attend to our families and communities.

But now we emerge into our latter years with talents, wisdom and often with the money to put them to use. Our children and grandchildren should help focus us on the fact that if we don’t act now, we may leave the world a worse place than we found it.

The conventional wisdom, of course, is that age alone turns people conservative. Certainly the right wing works hard to make it appear so: The median age of Fox News viewers is 68. The Koch network and the American Petroleum Institute, for instance, helped fund the 60-Plus Assn., which has opposed climate legislation and health care reform. And whatever your politics, you may be showing a disturbing tendency toward smug obliviousness. Hence, OK, boomer.

The journalist Jill Filipovic, in her book “OK Boomer, Let’s Talk,” pointed out that while those in our age group were being good parents, offering our own children “a nurturing base from which to grow” and encouraging them to “pursue their passions,” we didn’t do enough for society at large. Instead we voted for tax cuts.

Bruce Gibney, in his book “A Generation of Sociopaths,” put it like this: Boomers have “destroyed a sense of social solidarity, a sense of commitment to their fellow citizens. That ethos is gone and it’s been replaced by a cult of individualism.”

Generalities obscure as much as they illuminate: Women of color in the 60-plus demographic have worked harder than anyone else to keep that sense of solidarity and optimism alive. But it’s undeniable that many of us born toward the end of World War II could go to college and emerge with little debt. If we weren’t redlined from the suburbs, we got in early on the great escalator of rising real estate values. We worked hard (maybe too hard — work-life balance was never our specialty), but more work needs to be done now.

Here’s one example: Perhaps no legislation in the lifetime of anyone over 60 has been as transformative as the Voting Rights Act of 1965. Watching it erode in the face of new voter suppression laws should be beyond painful for our cohort. We can help in that battle by joining existing campaigns against voter suppression at the state and national level, and by invoking our own long memories of all the times voting really mattered, to help make sure no one takes it for granted.

Meanwhile, young people including Greta Thunberg have explicitly asked for help in addressing the climate crisis. Here’s an option: Join demonstrations on Oct. 29 that will target giant financial institutions such as Chase and Citibank, funders of the fossil fuel industry. Their executives may pay particular attention if the people whose retirement accounts fill their vaults take up the cause.

The leadership for progressive action comes mostly from the young — as in Black Lives Matter and the Sunrise Movement. But older people too can be catalysts for deep change. It’s not fair to ask the young to save the world themselves, nor is it possible.

If enough of the 70 million of us who’ve passed the six-decade mark join in, then we’ve got a chance. We’ve done it before.