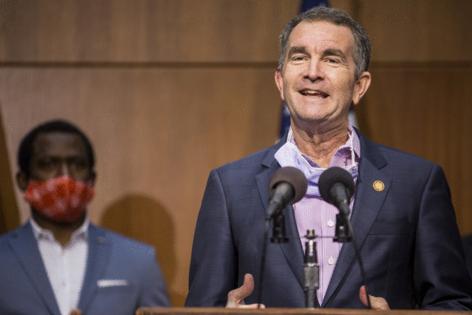 At first, the positive results from Gov. Ralph Northam’s COVID-19 test were the only indication he had been infected. It wasn’t until a couple of days later that the symptoms erupted — like an unrelenting sinus infection that had set the upper part of his throat behind his nose ablaze.

He knew right away he had lost his sense of smell. One morning he stepped into the shower, and noticed his shampoo had no fragrance, even as he lathered it into his hair.

Almost half a year ago, Northam said publicly he had prolonged smell and taste loss following his mild illness. He intended that as a wakeup call for Virginians on the interminable consequences of the coronavirus. Vaccines, which weren’t available when he got sick in September 2020, are the best prevention, he said. But perhaps more surprising was when he recently brought up his symptoms again: Even now, more than a year since his case, he hasn’t regained those senses.

With just three months left in his administration, Northam hopes sharing his experience will persuade some of the vaccine-resistant population to get the shots. He knows many unvaccinated people are young and doubt they could die. In an eleventh-hour push, the nation’s only governor who is a doctor has a parting message.

“I’m 62, and I can deal with this,” he said in an interview with The Virginian-Pilot. “But why take a chance, if you’re 15 or 20 years old or whatever age, of having symptoms that may affect you for the rest of your life? Or, in the worst-case scenario, you get COVID pneumonia and don’t recover and end up losing your life.”

Though Northam’s smell and taste impairment isn’t debilitating, he is among the countless Americans with “long COVID” — post-infection symptoms that have lasted a month or more. Many people who have survived the virus now have chronic breathing problems, fatigue, racing hearts and weakened organs. It’s the formidable public health crisis lurking just beyond the pandemic, threatening to keep people from returning to the lives they once knew.

Medical researchers still don’t fully understand what causes the myriad symptoms long haulers report after COVID-19. In an April survey involving 6,000 adults, 66% of people who had the disease said they had not returned to their previous health more than four weeks later, according to the Centers for Disease Control and Prevention.

After three weeks of isolation, Northam and his wife, Pam Northam, were cleared by the Virginia Department of Health to return to public duty in October 2020. The governor was soon zigzagging the state for meetings and appearances, leaving little time to see a specialist for his lingering health issues.

He expected his senses to return with time.

Rather than come back, the problems morphed. Now, along with the lack of smell and taste, he experiences bouts of parosmia, a condition that causes things to smell and taste different, and phantosmia, brief episodes of smelling something that isn’t there.