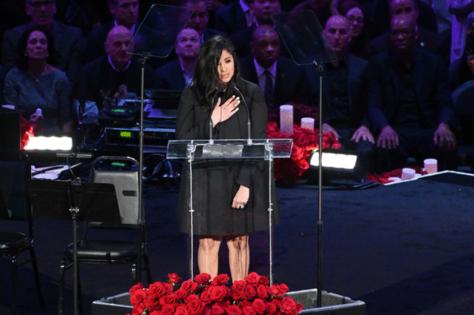 Officials from Los Angeles County are asking that Vanessa Bryant, the wife of late NBA great Kobe Bryant, receive a psychiatric evaluation ahead of an upcoming trial.

Bryant sued L.A. County after it was discovered that deputies that responded to the helicopter crash that killed Bryant, daughter Gianna and seven others took photos of the site.

In the suit, Bryant alleged that the incident caused emotional distress. L.A. County officials are now seeking to use the requested psychiatric evaluation to determine if such distress occurred.

The lawsuit was filed in federal court and seeks an unspecified amount in damages stemming from the incident. Bryant also claimed that the sharing of the photos was a violation of her civil rights and her privacy, CNN reported.

L.A. County attorneys have said that “severe emotional and mental injuries were not caused by any conduct of Defendants, but rather by the tragic helicopter crash and resulting deaths of their loved ones. They added that the plaintiff could not have been emotionally distressed as they “cannot be suffering distress from accident site photos that they have never seen and that were never publicly disseminated.”

The plaintiffs are seeking “tens of millions of dollars to compensate them for their alleged mental and emotional injuries,” the county said.

Bryant’s attorneys argued against the county’s demand for an evaluation saying that a “complaint that merely claims damages for emotional distress does not place a party’s mental condition ‘in controversy.’”

“It does not take an expert — and it certainly does not take an involuntary eight-hour psychiatric examination — for a jury to assess the nature and extent of the emotional distress caused by Defendants’ misconduct,” attorneys for Bryant added.

A hearing on the case is expected to take place Nov. 5 and a trial will follow in February 2022.