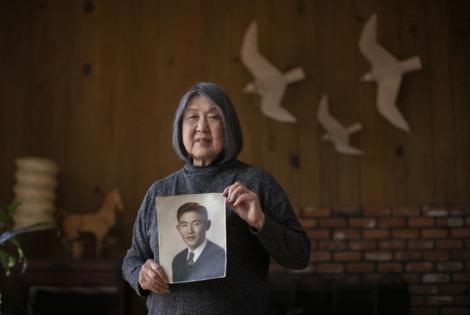 In the throes of World War II, weeks after a 1942 presidential executive order forced the removal of all persons of Japanese ancestry from the West Coast, then-UC Berkeley President Robert G. Sproul sprung into action.

He sent an impassioned letter to university presidents across the country, asking them to accept his displaced students, most of them U.S. citizens and "excellent" scholars. Other major West Coast universities joined, including the University of Washington and Occidental College, to assist an estimated 2,500 Japanese American students.

There was one glaring exception: USC.

Then-USC President Rufus B. von KleinSmid — now disgraced for his legacy of eugenics support, antisemitism and racism — and other campus officials refused to release transcripts of Japanese American students so they could study elsewhere. When some students tried to reenroll after the war, USC would not honor their previous coursework and said they would have to start over, according to their surviving family members.

Nearly 80 years later, USC is reversing course. President Carol Folt will publicly apologize to the former Japanese American students on behalf of the university and award them honorary degrees posthumously. The university is asking the public for help locating the families of about 120 students who attended USC during the 1941-42 academic year.

The decision comes nearly 15 years after Japanese American alumni first demanded their alma mater atone for its past behavior.

"This is a stained part of our history," said Patrick Auerbach, USC associate senior vice president for alumni relations. "While we can't change what happened in the past ... the university can certainly still do right by their families and let them know that we are posthumously awarding them honorary degrees so that they can occupy that place in the Trojan family, which they deserve."

Auerbach said USC has long had a policy against awarding honorary degrees posthumously, but that Folt recently directed that an exception be carved out for the Japanese American students.

Since taking the helm in 2019, Folt has addressed several of USC's troubling legacies on race and equity, including racial profiling by campus security officers, treatment of underrepresented students and Von KleinSmid's past — leading her to direct that his name be removed from a prominent campus building.

Folt will offer the apology and confer the degrees at an Asian Pacific Alumni Assn. gala next April and acknowledge the recipients at the university commencement in May, USC officials said.