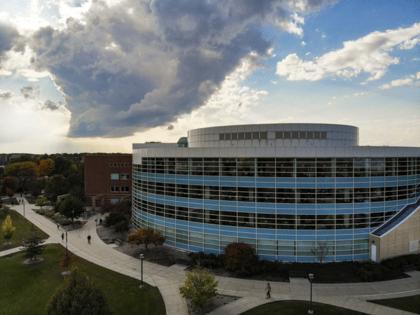 Central Michigan University has reinstated two journalism professors and a staff member after an external investigation determined the three did not violate university policies in relation to interns working at a firm run by TJ Bucholz, a Lansing-based political consultant and CMU alumnus accused of sexual harassment.

"We found no evidence that the (CMU professors and staff member) knowingly steered CMU students or graduates to Vanguard (Public Affairs) so that they could be exploited or harassed," states the investigative report, produced by the Detroit-based Honigman law firm.

The report also found no evidence of a "pipeline" of CMU students going to work at Vanguard.

However, the investigation did find that a student told one of the professors in 2016 the firm had a toxic and uncomfortable environment, and a CMU graduate told a CMU staffer in the fall of 2019 that Bucholz was a "jerk" and "creeper" who threw temper tantrums.

CMU students continued to intern at the firm through at least November 2019, according to the report.

The journalism educators did not ask "appropriate follow-up questions" when informed of this conduct, the report states. Investigators recommended the school institute "enhanced training on how to identify the warning signs of harassment, misconduct, and retaliation," among other changes.

CMU President Bob Davies said he believes the report clears professors Steve Coons and James Wojcik, along with university employee David Clark, of any misconduct. He repeatedly noted language in the investigation indicating students did not report sexual harassment, a hostile work environment or workplace violence to CMU professors.

He and CMU Board of Trustees Chairman Rich Studley also said they appreciate the recommendations of the investigators and that student safety remains a top priority.

"It was very important to the board that this report was useful going forward. CMU is an educational institution — the role of the board is to listen, to learn and constantly ask the same question: How can CMU be better?" Studley said in a phone interview.

"So the focus on the recommendations was critically important to the board. What can we learn from this situation, to reduce the likelihood that we would find ourselves in this situation again?"