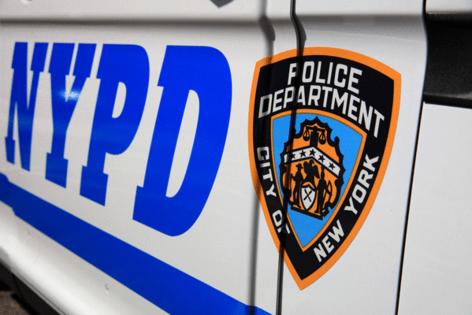 NEW YORK — An off-duty NYPD officer, enraged at finding her ex-girlfriend together with another woman, shot them both Wednesday — killing the new lover and wounding the estranged girlfriend, police sources said.

Officer Yvonne Wu, 31, who is assigned to the 72nd Precinct in Brooklyn, opened fire on the couple in her ex’s home at 19th Avenue near 80th Street in Bensonhurst just after 5 p.m., hitting both in the chest, police sources said.

The officer’s ex-girlfriend, 23, suffered a non-life-threatening wound; the other woman, 24, was critically injured and died of her injuries, sources said.

The officer was waiting for her ex in her Bensonhurst home when she came home with the other woman, said Assistant Chief Michael Kemper.

When one of the victims called 911, the operator could hear someone in the background saying, “That’s what you get,” sources tell the New York Daily News.

The caller to 911 identified herself as Jenny Li, the officer’s girlfriend, the sources said.

Medics took both shooting victims, as well as the off-duty cop, to Maimonides Hospital.

When officers responded to the scene, they found the off-duty officer waiting outside, Kemper told reporters.

“I would describe her as calm, collected and very forthcoming,” he said.

“Simply put, she confessed. That’s all I’m going to say,” Kemper added when asked what she told the responding officers.