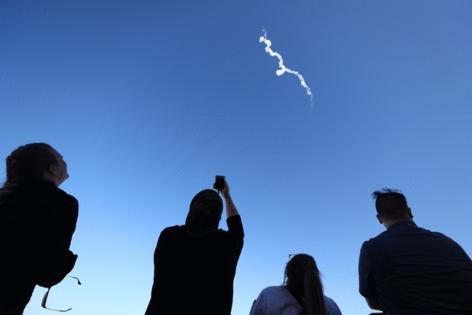 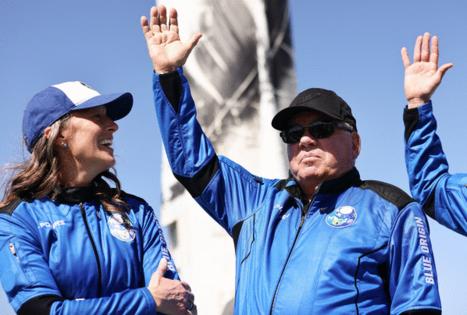 Shatner, 90, was part of a four-person crew who rode inside Blue Origin's New Shepard capsule and experienced a few minutes of weightlessness in suborbital space before coming back down to Earth. Liftoff occurred at about 9:50 a.m. Central time from Blue Origin's launch site near Van Horn, Texas. The launch was originally set for 9 a.m., but there were two brief holds that delayed the flight.

Boshuizen and de Vries were the only paying passengers aboard the flight. Shatner flew as a guest of Blue Origin, which was founded by Amazon.com founder Jeff Bezos.

Shatner, who is best known for exploring space as Capt. James T. Kirk in the original "Star Trek" TV series and movies, said in a statement before the launch that he had "heard about space for a long time now" and was "taking the opportunity to see it for myself."

As the capsule floated back to the west Texas desert, Shatner could be heard in on-capsule audio saying: "That was unlike anything they described."

Upon landing back on Earth after the 10-minute flight, Shatner was visibly overcome by emotion. As Bezos greeted the crew members and sprayed celebratory champagne into the air, Shatner stood apart from the rest of his fellow travelers and the assembled crowd of friends, family and Blue Origin employees, seemingly pensive.

He mused to Bezos about rocketing through the atmosphere and seeing the transition between blue sky and the blackness of space, as a nearby camera crew filmed his reaction. He described the sky as "this comforter of blue that we have around us."

"It's just, there is mother of earth and comfort and there is ... is there, death?" Shatner said. "It has to do with the enormity and the quickness and the suddenness of life and death, and oh, my God."

He wiped his eyes and touched his chin.