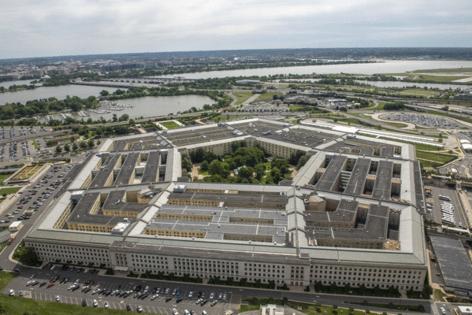 The first in a series of three House Veterans’ Affairs Committee hearings on the recruitment of veterans by violent militia groups in the U.S. highlighted the partisan divisions that remain among lawmakers in deciding how much of, or even if, a threat exists from domestic extremist groups.

The panel cites three militia groups, the Proud Boys, the Oath Keepers and the Three Percenters, as examples of groups that have demonstrated a willingness to use violence to achieve their ends and target veterans for recruitment.

But some Republicans on the committee took issue with the exclusion of what they called far-left extremist groups in the panel’s discussion and downplayed the potential threat from militia groups in the U.S.

“I hope every veteran in America is watching this hearing today and hearing from the majority party that our veterans are so stupid and susceptible to becoming domestic terrorists that Democrats have to save them,” said Jim Banks of Indiana.

Banks asked the witnesses whether Black Lives Matter or antifa, organizations for which he blamed widespread rioting in 2020, should be included as violent domestic extremists.

Protests, which sometimes turned violent, erupted across the country during the summer of 2020 following the murder of George Floyd, a Black man, by a Minneapolis police officer. The protests were led by Black Lives Matter, a decentralized political and social movement that arose in response to perceived police brutality against Black people.

Montana Republican Matt Rosendale said he was “deeply disturbed” by last year’s rioting and asked why far-left groups were absent from the day’s hearing.

“We are discussing those groups that have been deemed the greatest potential threat by the Department of Homeland Security and other agencies,” said Cynthia Miller-Idriss, the director of American University’s Extremism Research & Innovation Lab.