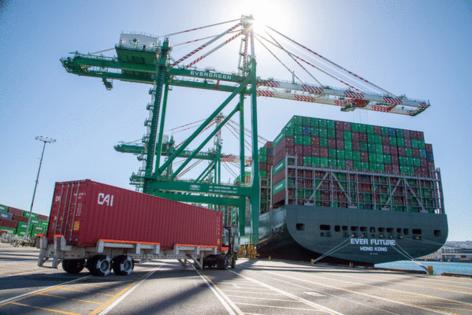 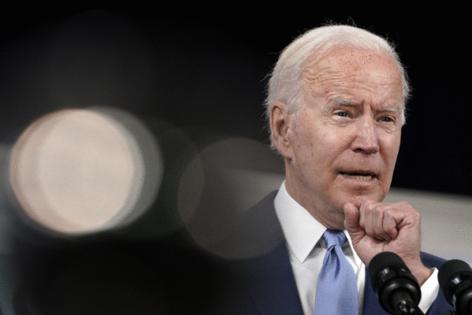 He announced Wednesday that the Port of Los Angeles would operate around the clock to alleviate a logistical bottleneck that has left dozens of container ships idling off the California coast and Americans waiting longer to get products manufactured overseas.

Longshoremen will work through the night and major retailers and shippers have pledged to clear cargo off the docks faster than before, changes that are intended to speed the flow of toys, electronics and other gifts to American doorsteps during the holiday season.

“Today’s announcement has the potential to be a game changer,” Biden said as he acknowledged that people are worrying about whether everything from “toasters to sneakers to bicycles to bedroom furniture” were going to be available.

However, the plan addresses only one link in a global supply chain largely outside of Biden’s control, meaning he faces potential blowback from unhappy shoppers while also lacking the power to fix the mess.

Biden can’t force overseas factories to keep churning out products. He can’t hire more truck drivers to pick up cargo when it arrives. And he can’t stop the pandemic that continues to disrupt operations all over the world.

The bottom line: Americans want their stuff, and there’s very little that Biden can do to get it to them.

Matthew Sherwood, global economist at the Economist Intelligence Unit based in London, described the White House’s actions as “fairly limited.”

“I think the administration is doing what it can, but the reality is there’s not that much it can do beyond what they’re announcing,” he said.

Nick Vyas, executive director of the Randall R. Kendrick Global Supply Chain Institute at the University of Southern California, commended Biden’s effort to bring various groups together and said more private sector companies would need to heed his call to step up operations if they want to address the problem.

LOS ANGELES — Anti-Asian hate crimes increased by 76% in Los Angeles County last year, mirroring a disturbing trend in many other jurisdictions as physical and verbal attacks on Asian Americans rose during the COVID-19 ...Read More