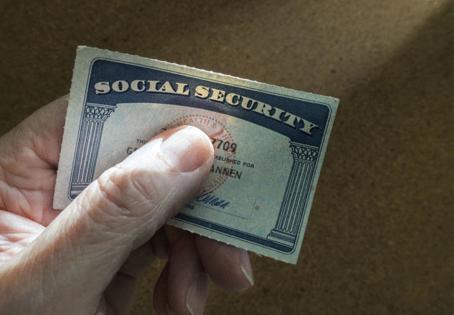 The inflation adjustment eclipses last year’s 1.3% increase and would be the highest since July 1982, according to the SSA, before benefits began being calculated in December the following year. The pay bump applies to both the roughly 64 million Social Security retiree and disability beneficiaries and 8 million Supplemental Security Income recipients, which include lower-income adults, children and individuals with disabilities.

The cost-of-living adjustment, or COLA, means retirees’ average monthly benefit as of January will be $1,657, or $92 more than their current monthly allotments.

Each year, the SSA adjusts benefits for cost of living based on the change in the Labor Department’s Consumer Price Index for urban wage earners and clerical workers over the previous year, known as the CPI-W.

Inflation has been running hot this year as the economy returned to life after COVID-19 lockdowns, boosted by widespread vaccine availability. Supply chain bottlenecks amid strong consumer demand have contributed, pushing the CPI for all urban workers up by 5.4% over the past 12 months, and by 5.9% for the CPI-W used to calculate Social Security benefits that represents a smaller subset of the population.

The last time there was a cost-of-living bump similar to the 2022 level, in 2008, it was followed by two years without adjustments as prices normalized. Inflation is not expected to drop as quickly as it did in 2008, but there will likely be smaller than usual cost-of-living increases to benefits over the next two to three years as prices come in lower than expected, SSA Chief Actuary Stephen C. Goss said Wednesday at an event hosted by the Bipartisan Policy Center, a think tank.

Lower increases in benefits in the next couple years and higher rises in novel wages will likely mitigate any changes to Social Security finances, Goss said.

Social Security is financed by a 6.2% tax on wages paid by both workers and their employers, so for self-employed individuals the combined tax is 12.4%. The tax is assessed up to annual maximum earnings cap, and the inflation boost means a larger chunk of wages will be subject to Social Security tax in 2022, climbing to $147,000, from $142,800 currently.

Social Security finances are under rising pressure as the retiree population grows. The SSA in August estimated that retiree benefits would have to cut by 24% starting in 2033 without legislation to shore up the program, moving up the date of trust fund exhaustion by one year from previous estimate.

On the campaign trail last year, President Joe Biden initially proposed applying the Social Security tax to earnings above $400,000 on top of the existing tax and boosting some benefits. But those proposals haven’t gone anywhere on Capitol Hill, and the budget reconciliation process Democrats are using to enact large pieces of Biden’s policy agenda can’t touch Social Security benefits or taxes under federal budget law.