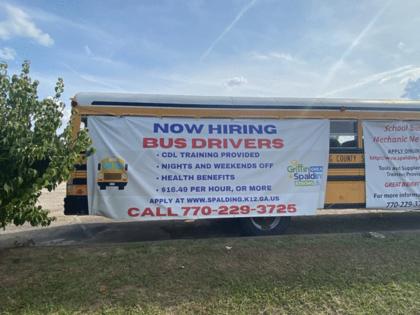 Bus routes have been shortened or extended, drivers are working longer hours, and in some cases administrators, mechanics and even teachers are climbing behind the wheel. Some districts have offered hiring bonuses, increased drivers’ wages and paid families to bring kids to school. Rural education experts worry the shortage will intensify inequities, leaving rural children further behind academically.

“In many rural areas, there are high rates of poverty and a lot of rural families might not have transportation themselves, so if the buses aren’t running, the kids literally have no other option to get to school,” said Mara Tieken, an associate professor at Bates College in Maine and a rural education expert. “It might mean more isolation, more online learning, and rural kids may or may not be able to access it given the digital divide.”

School officials say many older drivers retired early rather than risk getting sick. Vaccine mandates have prompted some drivers to quit and dissuaded some would-be drivers from applying for the job. Meanwhile, the coronavirus continues to interrupt schedules.

Two weeks ago, Barbara Case, superintendent of the General Brown Central School District in rural upstate New York, received a phone call that two bus drivers had been exposed to COVID-19. She had difficulty reaching substitutes, and other drivers needed time off.

Case — uncertain whether the students who ride those buses could get to school the following day — thought about closing schools and reverting to online learning, she said.

“We finagled the schedule enough to make it, so we didn’t have to go remote for a day or week,” Case said. “I dodged a bullet [that day]. Luckily, the driver didn’t have to quarantine. ... But I was dangling by a thread.”

Currently, the district runs 18 routes, four of which don’t have permanent bus drivers. Substitute bus drivers cover three of those routes, and the other route is split among the mechanics, mechanics’ helpers and the assistant transportation director, Case said.

About 78% of respondents including school administrators, transportation directors, bus drivers mechanics and other managers said the shortage is getting “much worse” or “a little worse,” while 51% described their shortage as “severe” or “desperate.” Sixty-four percent of respondents in rural Southern states such as Alabama, Arkansas, Kentucky, Mississippi and Oklahoma reported much more difficulty in retaining drivers, a higher percentage than respondents in the Northeast, Midwest and West.

Brian Laundrie’s remains have been confirmed. Dental records from the remains discovered Wednesday in a Florida park made the identification official, the FBI said Thursday.

Laundrie, 23, had been a person of interest ...Read More

As the standoff over the Chicago police vaccination reporting mandate continues, some Indiana officials are stepping in to try to lure disgruntled officers across the border.

LOS ANGELES — A Riverside high school teacher has been placed on leave after a viral video recorded by a student showed her hollering and dancing around a classroom in a faux feathered headdress, sparking outrage from ...Read More

WASHINGTON — For one congressional staffer waiting for the elevator, enough was enough.

He almost always wears a mask at work. His closest colleagues do too. But everywhere the Democrat looked this month, bare faces ...Read More

U.S. public health advisers voted unanimously to recommended COVID-19 booster shots from Moderna Inc. and Johnson & Johnson, clearing the way for a widespread campaign hoped to stave off a resurgence of the virus.