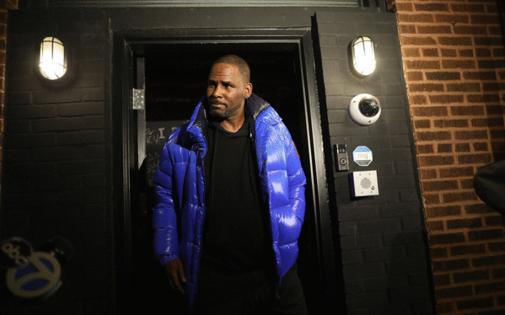 A federal jury in Brooklyn began a second day of deliberations Monday in the racketeering trial of Chicago-born R&B superstar R. Kelly. It’s a complex case that’s featured six weeks of testimony and some 50 witnesses, and the jury could vote to acquit or convict Kelly in a number of different ways. Here are five things to keep in mind as the cases heads toward conclusion:

What do we know about the jury?

The jury of seven men and five women has been kept anonymous due to the high-profile nature of the case and previous allegations of jury tampering by members of Kelly’s entourage. During jury selection last month, many on the panel acknowledged they’d heard of Kelly and bits and pieces of the allegations, but all promised to put what they’d heard aside and render a fair verdict. Among the members of the panel: A male supervisor for an undisclosed city department who likes playing soccer and pingpong; a female fraud investigator and active churchgoer; a male transportation manager who watches Formula One racing in his spare time; a female cook for a local hospital with three children; and a male hotel guest services assistant who also dabbles in filmmaking. One juror, a flight attendant for the past 18 years, said during questioning last month that he has a friend who is a relative of Bill Cosby and followed the comedian’s criminal sexual abuse trial. The juror said nothing about that high-profile case would affect his ability to be fair in judging the evidence against Kelly.

What is the most serious charge against Kelly?

By far the most serious count Kelly faces is racketeering, a statute often used to topple Mafia bosses or drug cartel leaders that carries the potential of decades in prison. To convict on the RICO count, jurors must find Kelly guilty of at least two out of 14 “predicate acts” that allegedly helped constitute the criminal scheme. Those acts stretch back decades and include some of the most notorious accusations against Kelly, including sex with multiple underage girls and a scheme to bribe a Chicago public aid worker for a phony ID so he could illegally marry 15-year-old singer Aaliyah in 1994. Other alleged racketeering acts allege “forced labor or services,” including several where Kelly allegedly ordered girls under his control to have sex with others while he recorded the encounters.

Could there be a split verdict?

Yes. If jurors don’t think prosecutors proved the racketeering charge beyond a reasonable doubt, they could still vote to convict on any of eight separate counts alleging Kelly violated the Mann Act, a century-old federal statute which criminalizes transporting people across state lines for purposes of illegal sexual activity. The law, which was named after Congressman James Robert Mann of Illinois, was infamously used in 1913 to prosecute Chicago heavyweight champion Jack Johnson in 1913 for traveling with a white woman he’d befriended in Pittsburgh. In modern times, the statute has been used to fight human trafficking and multistate prostitution rings. Some of the Mann Act violations against Kelly involve the same crimes specified in individual racketeering acts, particularly in cases where victims allegedly traveled across state lines to see him. Other counts alleged Kelly gave herpes to victims without their knowledge.

Will Kelly walk free if he’s acquitted of all charges?

No. Even if the jury finds him not guilty across the board, Kelly, who has been behind bars since July 2019, is still being held without bond on federal charges filed in U.S. District Court in Chicago. An acquittal in the New York case, however, could spark a new request for U.S. District Judge Harry Leinenweber to reconsider issuing Kelly a bond in the Chicago case, which alleges Kelly and two associates paid off witnesses to fix his 2008 child pornography trial in Cook County, among other crimes. Kelly, who was transferred in late June to a federal jail facility in Brooklyn to stand trial, would likely be sent back to Chicago’s Metropolitan Correctional Center if he’s acquitted. The singer has also posted a $100,000 total bond on four other indictments that are pending against him in Cook County Criminal Court.

Why is Kelly on trial in New York if most of the alleged crimes occurred in Illinois?

Because the law allows federal prosecutors to get creative when it comes to jurisdiction. The charges in Brooklyn grew out of an investigation by New York-based U.S. Department of Homeland Security agents that began after the “Surviving R. Kelly” docu-series aired on Lifetime. Several of the Mann Act violations alleged in the indictment involved Kelly traveling with an underage victim, Jane, in a caravan from Manhattan to Oakland, California, in 2015, allegedly for illegal sexual purposes. Prosecutors during the trial presented cellphone records showing the position of Kelly’s phones as they traveled “over the waters” and into New Jersey. “And the waters surrounding Manhattan are within the Eastern District of New York,” Assistant U.S. Attorney Elizabeth Geddes explained in her closing argument last week.