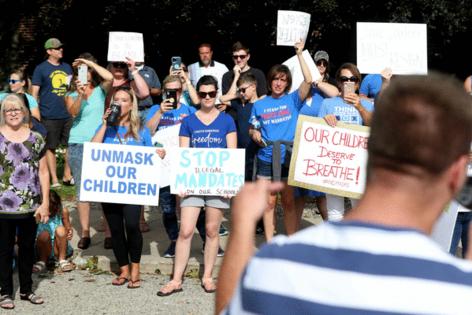 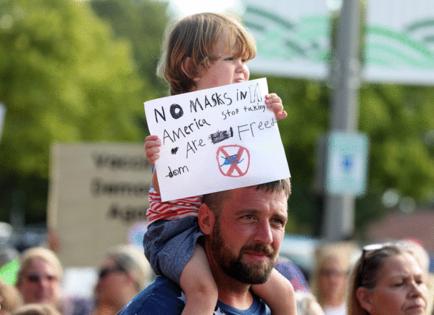 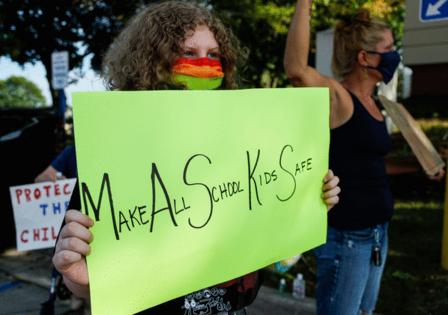 There have been death threats, too — all because health officials put mask requirements in place for students in K-12 schools to slow the spread of the coronavirus.

"A lot of the public health measures that we know will help keep people safe have been politicized throughout the pandemic — anywhere from vaccinations to wearing masks — and it is bringing out the worst in people."

The vitriol has been amplified even more now that the state Legislature has passed a budget bill including a provision that would withhold state funding for public health services if local health departments enact or enforce mask rules for K-12 students as of Oct. 1.

"Conditions are continuing to deteriorate and have become even more volatile at the local level," he said Friday, the same day the association sent a second appeal to Elizabeth Hertel, director of the state health department, pleading for a statewide school mask mandate.

"One of the reasons we had heard from the state that it was preferable to have local orders is the notion that people would be more likely to comply with a local order than with a statewide order, but we are not finding that to be true."

On Friday, the Dickinson-Iron District Health Department announced it had "regretfully" rescinded its school mask mandate. That's because if the budget bill is signed as-is by Gov. Gretchen Whitmer, the department won't be able to pay for essential public health services like infectious disease control, immunizations, hearing screenings and vision services.

"Without this funding, we will lose important programs along with several staff positions," said Daren Deyaert, health officer for the western Upper Peninsula health department district.