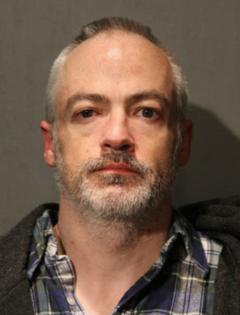 CHICAGO — The accusations tell a sordid tale that seems straight from a supermarket tabloid: The story of the genius scientist who stabbed his boyfriend to death as part of a violent sex fetish, then led police on a nationwide manhunt, sending his family a chilling video confession along the way.

But, prosecutors allege, it was all too real. And over the course of the next two weeks, Cook County jurors will meet the man at the center of it. Five years after the killing, former Northwestern professor Wyndham Lathem is slated to stand trial beginning Monday for first-degree murder.

And, his attorneys disclosed in court last week, Lathem himself intends to testify.

The defense surely hopes jurors will perceive Lathem far differently than the thrill-killer prosecutors accuse him of being. Instead, they want to showcase the Lathem who earned glowing accolades from colleagues around the country for his skill and temperament. And, court records show, Lathem may argue that he acted in self-defense.

Still, such extraordinary accusations could be difficult to overcome.

The victim, 26-year-old Trenton Cornell-Duranleau, was stabbed more than 70 times and was nearly decapitated, authorities said. Lathem’s co-defendant, British national Andrew Warren, is expected to testify against Lathem at length.

And while on the lam, Lathem sent a video to his mother with what prosecutors have characterized as a clear-cut confession: “I killed him, I did do it, it wasn’t an accident but it was a mistake,” he allegedly said.

Relatively little is known about what other evidence jurors will hear. Judge Charles Burns has conducted much of the proceedings in unusual secrecy, citing concern that too much information could spoil the jury pool. In early 2018, he signed a gag order barring attorneys from publicly expressing opinions about the case or discussing potential evidence.

Several key court documents have been filed under seal, and many arguments have been made in chambers. At Lathem’s final pretrial hearing Wednesday, attorneys spent some 40 minutes behind closed doors, discussing filings that had not been made public. At the end of the session, Burns did not make any public remarks about his rulings, if there were any.

Still, what has been made public about the Lathem case is salacious and extraordinarily sad.

A shot fired on the New Mexico set of “Rust” that killed cinematographer Halyna Hutchins and injured director Joel Souza Thursday was “a live single round,” not a blank, according to a union representing prop ...Read More

For months, U.S. refusal to accept responsibility for a leaking dome of radioactive waste in the Marshall Islands has complicated negotiations with the Marshallese government on an international compact viewed as crucial ...Read More

SACRAMENTO, Calif. — In the burned-out town of Greenville, deep on a Plumas County mountainside, the storms now battering Northern California are another trauma in a year of heartbreak.

“Be careful what you wish for,�...Read More

Pfizer Inc. said the COVID shot it’s developed with BioNTech SE was 90.7% effective against symptomatic cases in young kids ages 5 to 11, according to a briefing document posted on the Food and Drug Administration ...Read More