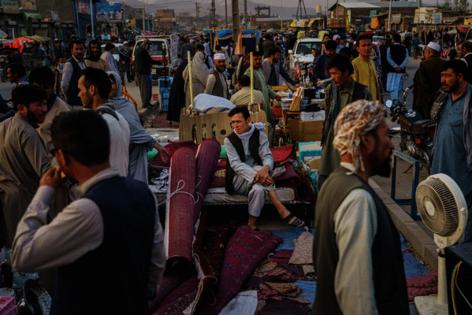 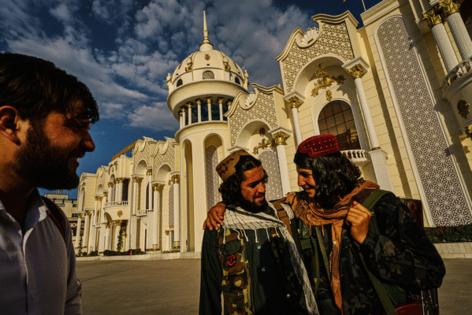 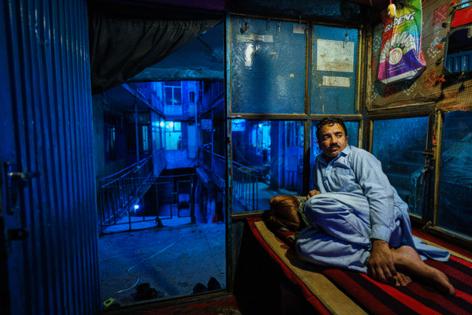 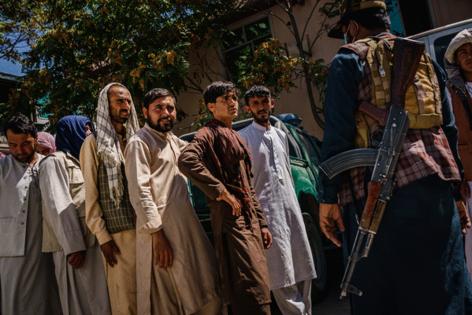 KABUL, Afghanistan — What was the “Ka-bubble”? Was it Kabul’s party behind the blast walls, fueled by a mix of diplomats, military contractors, journalists and war tourists? Or was it the madcap real estate market, with staggeringly high rents in a country where most Afghans barely made $2 a day?

Some would say it was less a place than a feeling, the sense that this metropolis — supercharged by billions in Western assistance — was somehow insulated from the daily battles grinding outside the city gates. That wasn’t entirely true. Bombings, assassinations and attacks echoed through the capital over the years. But unlike the provinces and hinterlands, this messy city of markets, mosques and green Ford Ranger pickup trucks felt like a relatively safe space in a battered nation.

Whatever Kabul had become in America’s two-decade-long nation-building experiment in Afghanistan died when the Taliban swept into town. The speed at which the occupation ended, and the disintegration of the government Washington had created with it, spurred the question of whether the U.S. had built anything of permanence in the 20 years since 2001.

That notion takes on greater urgency these days in Kabul, where girls face new restrictions on schooling, journalists are beaten, the economy is crashing and life is peppered with Islamic fundamentalist warnings. As they contend with their new Taliban overlords, restless and scared residents ponder what is lost and what will endure in a capital transformed since 2001 from a ghost town struggling with the aftereffects of civil war into a chaotic, perpetually smoggy and gridlocked morass of more than 4.4 million people.

The Taliban effect is already showing. Real estate prices have plummeted by as much as 50%, as desperate Afghans still search for ways to escape. Every Western embassy is shuttered — including the American one, which, according to what was meant to be a reassuring email last month, “suspended its operations” as the last U.S. military flight took off from Kabul’s airport. It’s the same throughout the Wazir Akbar Khan neighborhood, where the mansions of former officials — many of whom beat out hundreds of thousands of their compatriots to flee abroad — stand abandoned or with only a caretaker stealing the occasional furtive glance at the street outside.

With that diplomatic exodus came the rolling up of the clandestine network of restaurants, hotels and houses where an expat and a small subset of Afghans could enjoy beer or liquor in a country where alcohol was strictly verboten. The owner of one establishment, fearing Taliban raids, dumped the entire stock of Heineken beer cans and Johnny Walker whiskey bottles into the sewer. (It only partially worked; the bottles sank to the bottom, but beer cans, as it turns out, float in sewage water.)

But if the Ka-bubble was only a haven for foreigners creating and feeding off the war economy, there wouldn’t be much for the Taliban to undo. Left behind, though, is a community of Afghans, most of them poor or middle class and unprotected by blast walls, who constructed a cosmopolitan vision of a country very much at odds with the rural existence of the Taliban and most of Afghanistan’s 38 million people.

“The leadership of the Taliban, most are of the age that — without mentioning to them — they feel the change in Kabul every day, because they were here when it was inhabited by less than 500,000 people,” said Daoud Sultanzoy, Kabul’s 66-year-old mayor and one of the few top officials from the bygone state to remain in his post. He referred to the Taliban’s first foray as rulers in 1996, when they entered a capital so destroyed by civil war that “dogs eating corpses were roaming the streets.”

“Now they came to a Kabul that was intact. With all of its flaws, it was a city that had life, that was functioning, it had services, markets, an economy — so they inherited a better Kabul than they had 25 years ago.”

Taj Begum, a cafe in the Pul-e-Surkh neighborhood, is a casualty of the new order. You once knocked on a heavy steel door with a metal grate, where a guard searched you and granted access to an elegant sliver of Bohemia. Young men and women talked over pots of green and saffron teas near a garden with a gazebo. Rooms were painted in bright colors and shelves crowded with knickknacks or the framed work of local artists, who thought of Taj Begum as a fulcrum of Kabul’s cultural life.

For the past 18 months, while I was undergoing intensive physical therapy and many neurological tests after a complicated head injury, my friends would point to a silver lining: “Now you’ll be able to write about your ...Read More

Senate Democrats released the details of a proposed levy on billionaires, a new and logistically risky approach to taxation that lawmakers hope will help fund President Joe Biden’s social spending aimed at low- and ...Read More

Julian Assange won’t face solitary confinement or supermax prison in Colorado if he’s jailed in the U.S., as lawyers for the country argued his extradition shouldn’t have been blocked by a London judge on mental ...Read More