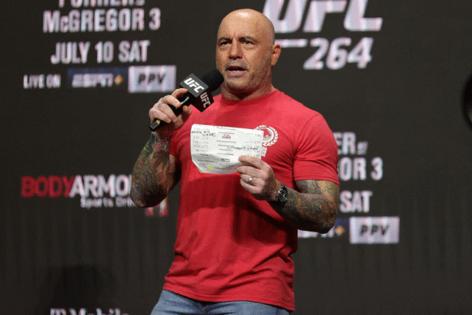 When Catherine Moring, president of Mississippi’s Public Health Association, tested positive for COVID-19, she turned to ivermectin to keep her safe.

Federal health officials warn that improper dosing of ivermectin, often used for worms in domestic animals, can cause nausea, dizziness, seizures, coma and even death. Moring, however, preferred information from newsletters, social media and podcasts like one by Joe Rogan, the No. 1 Spotify commentator, who took the antiparisitic for his own infection. Moring, an unvaccinated 37-year-old dietitian, also read research papers and spoke to doctors she knew.

“When dosed appropriately and given under the care of a physician it’s one of the safest drugs on the market,” Moring said. “People are getting COVID and they’re getting scared and they think more is better — and that’s why it’s getting a bad rap.”

Even though Moring personally supports use of the drug, the Mississippi Public Health Association itself cautions against treating ivermectin with COVID.

“Ivermectin is not an anti-viral (a drug for treating viruses),” according to the website. “The FDA has NOT approved it for use in treating or preventing COVID-19 in humans.”

In an echo of the controversy over hydroxychloroquine, the antiparasitic drug touted as a COVID “game-changer” by former President Donald Trump, ivermectin has become a lightning rod in the COVID culture wars. Despite safety concerns and a rash of poisonings, it’s been promoted by fringe groups, celebrity hype and social media.

As recently as Thursday, ivermectin came up during public comments at a CDC advisory meeting on vaccine boosters. “If you truly cared about public health, you would recommend ivermectin for treatment and prevention protocols, and stop the propaganda against this drug,” said Brian A. Wilkins, who runs a site called “The COVID Blog.”

In the meantime, COVID vaccination efforts have high-profile doubters such as rapper Nicky Minaj, who tweeted that her cousin’s friend suffered genital swelling after a shot. White House COVID adviser Anthony Fauci responded on CNN that she should be “thinking twice about propagating information that really has no basis except a one-off anecdote.”

Moring, who is executive director of a wellness center at Tallahatchie General Hospital in the town of Charleston, said she isn’t against inoculations in general, but believes COVID vaccines present unnecessary risks. She went to a group called Front Line COVID-19 Critical Care Alliance for help getting an ivermectin prescription.

“I’ve had a lot of friends take it, because COVID is everywhere right now,” Moring said. “I felt very comfortable with the studies that I’ve read.”