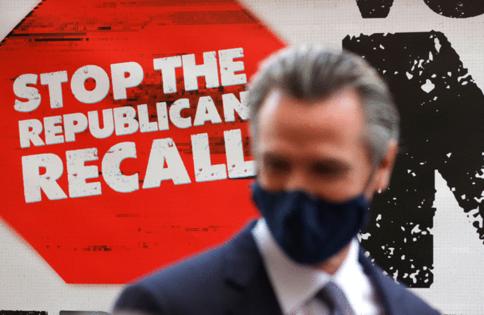 SACRAMENTO, Calif. — California acted Friday to eliminate from state law the use of the word “alien,” an immigration term used to describe unauthorized immigrants of foreign-born individuals living in the U.S.

Rivas previously told The Sacramento Bee she was inspired by President Joe Biden’s immigration plan to remove the term from federal law in favor of the word “noncitizen.” The Biden administration says replacing the word recognizes the country as “a nation of immigrants.”

“As the nation’s most diverse state, we are stronger and more vibrant because of our immigrant communities,” said Newsom in a statement “This important legislation removes the word ‘alien,’ which is not only an offensive term for a human being, but for far too long has fueled a divisive and hurtful narrative. By changing this term, we are ensuring California’s laws reflect our state’s values.”

Rivas said she decided to introduce the legislation to humanize undocumented immigrants living in California.

The bill suggests replacing “alien” with words like “resident,” “person,” “undocumented immigrant” or “a person who is not a citizen or national of the United States.”

Undocumented immigrants in California contribute an estimated $3.2 billion each year in state and local taxes, a 2019 analysis by the California Budget & Policy Center found.

“The word ‘alien’ has no right to be in California statute – no human being is an ‘alien,’” said labor icon Dolores Huerta in a previous statement. “It is insulting and dehumanizing to have that terminology in our laws. Words are powerful instruments and history has shown us how they can be used to justify institutional racism and even violence.”

The bill builds upon previous legislation introduced by former state Sen. Tony Mendoza, a Democrat. Former Gov. Jerry Brown signed his bill into law in 2015 to ban the use of “alien” from the state’s labor code.

The bill also was co-authored by a number of members of the California Latino Legislative Caucus.

The law’s passing comes nearly three years after the deadliest mass shooting occurred among Latinos at a Wal-Mart in El Paso, Texas. Following the shooting that left 23 people dead, former President Donald Trump was criticized for his use of the terms “alien” or “invasion” to describe illegal immigration to the U.S.