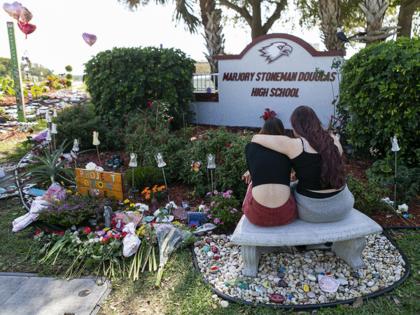 The school district made changes in 2019 to the way it conducts behavioral threat assessments, or reviews of students believed to be at risk of harming themselves or others. The changes were in response to a scathing report by a commission investigating the tragedy, which found that school administrators botched a 2016 threat assessment conducted on the former student who killed 17 people on Valentine’s Day 2018.

At the time, the district said it wanted to ensure reports were done quickly and completely, that police and mental health officials were involved and that school staff followed up on the students’ behavior.

But none of that consistently happened from December 2019 to March 2020, the period reviewed by outside auditors hired by the district to measure compliance.

The review, conducted by the auditing firm RSM, looked at 200 threat assessments and found:

—60% of assessments were missing a monitoring plan for students who showed a high- or medium-level threat for harm. For assessments that did include plans, 82% showed no evidence of follow-up within 30 days, as required by the district.

—54% of assessments were not completed within the required 24 hours, and 9% weren’t even started within 24 hours after school officials received word of a threat.

—Of 66 assessments where the threat was considered medium or high, none was signed by all the required parties, including administrators, teachers, police officers and mental health professionals.

“The findings are alarming,” said Nathalie Lynch-Walsh, a member of the district’s Audit Committee. “Almost, two years after MSD, they’re still figuring out what they’re doing.”