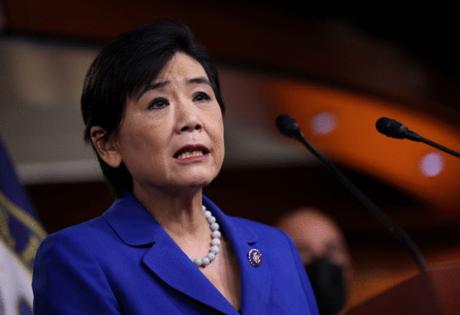 WASHINGTON — The House on Friday voted to legalize abortion nationwide until fetal viability, and even though the legislation is almost certain to fail in the Senate, it marks a historic victory for abortion rights supporters following a decades-long fight.

The 218-211 vote on the Women's Health Protection Act is the first the House has ever held to set a federal legal standard on abortion, and the first time in nearly 30 years that the House has approved what advocates consider a major proactive abortion rights bill.

Texas' recent ban on abortion after about six weeks of pregnancy has galvanized Democrats to be more forceful in their support for abortion rights and confident in the political upside of the issue.

It is a tide that has been slowly turning over the last decade, amid the election of more Democratic women to Congress, the decline of centrist Democrats who oppose abortion and the proliferation of GOP-led abortion restrictions at the state level.

"We've long been supporters of Roe vs. Wade," said House Speaker Nancy Pelosi. "We haven't been able to codify it because we never had a Democratic, pro-choice majority [in the House] with a Democratic president, and now we do."

The Texas law — which bans the procedure only two weeks after a person could typically know of a pregnancy — allows any civilian to sue anyone who helps someone access an abortion. It has served as a wake-up call to even Congress' most ardent supporters of abortion rights, spurring the House vote to get the right to abortion enshrined into federal law.

"We cannot rely on [Supreme Court Justices] Amy Coney Barrett or Brett Kavanaugh to confirm our rights for us," said Rep. Judy Chu, D-Calif., who authored the bill. "Congress must protect the rights of women and pregnant people in every ZIP Code, putting an end to an attack on abortion once and for all."

Since the Supreme Court allowed the law to go into effect, several Democrats, including moderates, rushed to join the bill, Chu said.

Rep. Jim Langevin, D-R.I., who is personally opposed to abortion and over his career has had a mixed voting record on the issue, said the court's decision to allow Texas' law to go into effect prompted him to "evolve" on abortion rights.

"No issue has confounded me more than abortion throughout my years of public service," he wrote in the Providence Journal. "Faced with the reality that Roe might no longer be the law of the land in a few months, I have come to the conclusion that I cannot support a reality where extremist state legislators can dictate women's medical decisions."

Even when Democrats have controlled the House in recent decades, there were still dozens of rank-and-file Democrats who opposed abortion, discouraging Democratic leaders from holding votes on the issue. The 2018 election marked a noticeable increase in the number of Democrats from politically contentious swing districts who leaned into abortion in their campaigns.

Rep. Lizzie Fletcher, D-Texas, who represents the Houston-area seat once held by former President George H.W. Bush, started her 2018 campaign with an ad featuring the Planned Parenthood facility where she, as a high school volunteer, tried to block antiabortion protesters.

"I'm very comfortable talking about it because I feel like our voice has not been heard," Fletcher said in an interview. "Abortion has become a wedge issue that's used to win elections instead of to govern responsibility and to acknowledge the real and fundamental rights of every person in this country to define our own destiny."

Abortion rights supporters expect the drumbeat to get only louder ahead of the 2022 midterm election, especially if the Supreme Court issues a high-profile abortion decision next summer.

"Younger generations have just taken for granted that birth control and abortion were part of the continuation of women's healthcare," said Rep. Diana DeGette, D-Colo. "This is so stark and egregious that my daughter's generation has woken up and realized that the freedoms they have enjoyed are now going to be taken away from them by a bunch of politicians."

Although abortion rights supporters have been raising alarm bells about the growing threat to access for years, particularly as former President Donald Trump's appointees were confirmed to the Supreme Court, the Texas decision startled them — a sentiment that could carry over to the ballot box next year.

"This is something that women see happening to them right now and are willing to get engaged to make sure that they're protected," said Rep. Mikie Sherrill, D-N.J., another potentially vulnerable Democrat who sees no political downside to the vote.

A small number of Republicans, including Virginia gubernatorial candidate Glenn Youngkin, have distanced themselves from the private citizens' role of Texas' law, as well as the lack of an exception for cases of rape and incest, raising questions of whether the law will be a political liability for some Republican candidates in the midterm.

Marjorie Dannenfelser, president of the Susan B. Anthony List, an advocacy group that opposes abortion, argues that Texas' law will be forgotten as soon as the Supreme Court rules on a separate abortion case out of Mississippi over a 15-week abortion ban. In December, the court will hear arguments in the case, Dobbs vs. Jackson Women's Health Organization, and a ruling would be expected by June.

"No one will remember this bill after the Dobbs decision comes down when there will be more direct and traditional approaches in the law that reflect the will of the people," Dannenfelser said. "Even in a few months leading up to the Dobbs decision and after oral arguments, we'll be seeing what states actually want to do" if the court grants states the opportunity to set their own abortion laws.

As recently as 2009, despite a sizable Democratic majority in the House, the chamber did not have a majority of abortion rights supporters. There were 19 Democrats so adamant in their opposition to abortion that they signed a public letter saying any government health plan they supported would need to exclude abortion. Only one remains in Congress.

Since then, abortion has become starkly partisan, The political parties and outside political groups have grown more militant in excluding members who don't take the party's position on abortion.

Democrats have similarly closed ranks. Rep. Henry Cuellar, D-Texas, is thought to be the last Democrat in the House who opposes abortion.

Former Rep. Dan Lipinski, D-Ill., lost a hotly contested primary in 2020 and even lost the support of some of his fellow Democrats over his abortion position. Rep. Collin Peterson, D-Minn., who represented a very Republican district, lost his election in 2020 as well. In the Senate, Democratic Sens. Bob Casey of Pennsylvania and Joe Manchin III of West Virginia identify as opposing abortion.

The Women's Health Protection Act would prohibit states from enacting prohibitions on abortion until fetal viability, which is typically 24 weeks. Abortion would be legal after that point if the patient's life or health were at stake. The bill's supporters say it would "codify" the Supreme Court's Roe decision legalizing abortion.

The bill would also preempt hundreds of state abortion restrictions that advocates say have unduly hindered access, such as requirements that physicians hold credentials at a local hospital or conduct abortions in surgical facilities.

Opponents of the bill say it would threaten existing protections for healthcare workers who oppose abortion and do not want to take part in performing them, as well as limits on government funding of abortion.

"The Women's Health Protection Act is designed to remove all legal protections for unborn children on both the federal and state levels," said Carol Tobias, president of National Right to Life.

In the Senate, leadership has not yet determined whether the bill will come up for a vote. Democrats narrowly control the 50-50 chamber because of the tiebreaking vote of the vice president, but there are only 48 public supporters.

Two Democrats, Casey and Manchin, have not signed on to the bill. Collins said she opposes the bill because it goes too far but added she is discussing drafting an alternative to codify the Roe decision. Murkowski has not taken a public position.