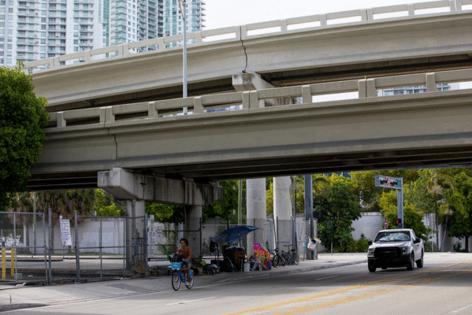 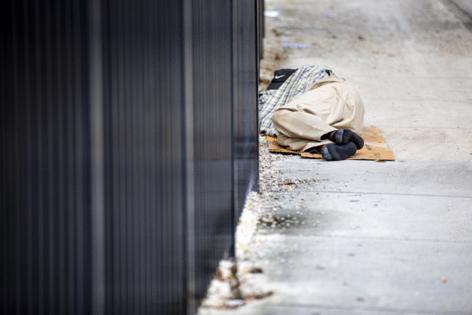 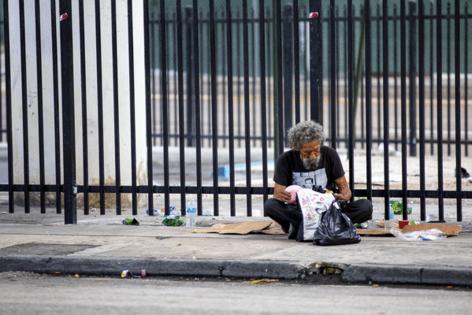 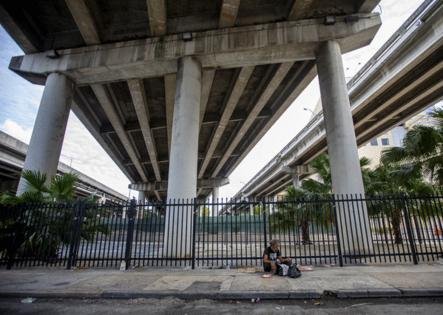 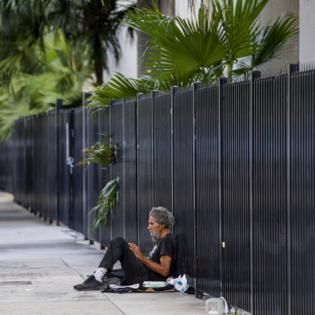 MIAMI — Bambi Nicole Kuttkuhn was afraid when police came through the I-95 overpass on Northwest 11th Street last month, an area where she and some 60 homeless people resided. She said they took some of her belongings, saying they had been stolen, and forced her and the others to leave.

After three weeks living in a vacant lot about a mile away, the 43-year-old is back, but worried about a proposed city ordinance that would give the police new powers and could make such clearings more frequent.

City commissioners last week gave initial approval to an ordinance that prohibits encampments on public property and in entryways. It would give police officers the authority to arrest people experiencing homelessness, as long as they had been offered a shelter bed. The city also allocated $7 million in federal funding for homeless services.

Proponents argue that Miami residents are afraid of encampments that block city sidewalks and leave litter and human waste strewn about, but critics charge the ordinance criminalizes homelessness and will only end up making the problem worse.

The new legislation, which is scheduled for a final vote Oct. 14, comes almost three years after a federal judge rolled back a consent decree known as the Pottinger Agreement. Meant to protect people without housing in Miami from police harassment, the agreement specifically prevented Miami Police from arresting homeless people for “life sustaining” activities, such as sleeping on the sidewalk, urinating in public or cooking fires. Housing advocates say the new ordinance is a sharp escalation in punitive tactics after the Pottinger Agreement was dissolved by Federal Judge Federico Moreno in 2019.

Commissioner Joe Carollo sponsored the ordinance, which passed 4-1 and would take effect 30 days after the final vote. Commissioner Ken Russell was the lone no vote. The measure defines “encampments” as the presence of any tent or temporary living structure for human habitation, people using heating devices such as camping stoves, grills or heaters and/or the “unauthorized accumulation of personal property,” of up to 3 cubic feet.

Police would be instructed to give a written warning to violators, allow them up to two hours to gather their belongings and offer them a shelter bed. If the violator refuses a space in a shelter, officers can arrest the person.

But many homeless people say shelters are worse than being on the streets — they often encounter violence and drugs inside shelters and say it can feel more like a jail than a shelter.

“Shelters can be scary,” Kuttkuhn said. “You never know who you’re going to be in there with — rapists, dangerous people. There’s a lot of fighting, and you have to follow all their rules. You’re not free in the shelter.”

Originally from Michigan, Kuttkuhn moved to Miami with her boyfriend and lived with his family until the couple broke up. Depressed and hopeless, she said she got a drink one night and relapsed to drug use. She’s been on and off the streets of Miami for six years.