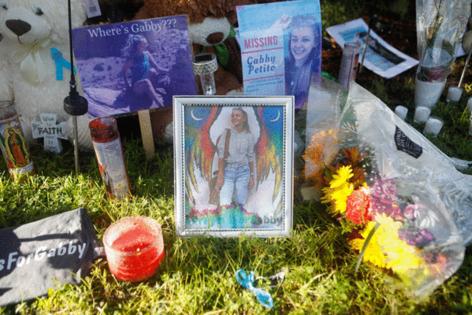 Florida man Brian Laundrie, whose dead girlfriend’s body was found in a Wyoming park after he returned home alone from a cross-country road trip the two had taken, has been charged with bank-card fraud in that state.

A federal grand jury indictment alleges Laundrie, 23, withdrew or spent more than $1,000 using a Capitol One card after Gabby Petito went missing. It’s not clear whose name is linked to that account.

The 22-year-old victim’s family last heard from her on Aug. 23 when she and Laundrie visited Wyoming’s Grand Teton National Park. Laundrie, who disappeared Sept. 14, is being searched for as a “person of interest” in Petito’s death.

Authorities responded to a call about a couple fighting in Moab, Utah, where they caught up with Laundrie and Petito last month but made no arrests. Another couple told CNN they witnessed Laundrie and Petito involved in a heated incident at a Jackson, Wyoming, restaurant that left a waitress rattled. Petito reportedly wept while an upset Laundrie entered and exited the eatery several times, expressing anger with restaurant staffers.

Investigators plan to continue their search for Laundrie on Friday in Sarasota’s Carlton Reserve Park, where his parents said he was headed when last seen. His car was found in the area.