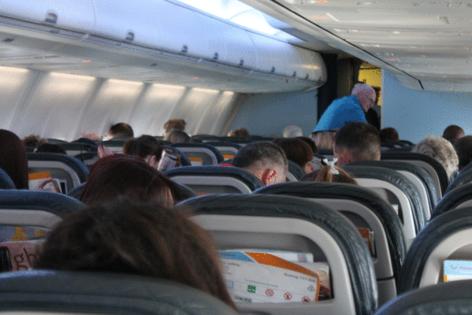 The chair of the House Transportation and Infrastructure Committee called Thursday for unruly airline passengers to be prosecuted for misbehavior, arguing that fines aren’t doing enough to prevent such incidents.

“We need more prosecutions when there are serious violent incidents on airplanes,” Oregon Democrat Peter A. DeFazio said.

His comments, which were echoed by Sara Nelson, the president of the Association of Flight Attendants-CWA, came during a nearly three-hour hearing of the Transportation panel’s Aviation Subcommittee on increased incidents of air rage.

Since the beginning of 2021, Larsen said, airlines have reported 4,385 unruly passenger complaints. Of those, 3,199 were mask-related.

The FAA has fined disruptive passengers more than $1 million since instituting a “zero-tolerance” policy in January. Under federal law, the agency can propose up to $37,000 per violation for unruly passenger cases.

“We are in jeopardy of missing cues of a coordinated attack,” she said. “We cannot afford to lose any time when responding to emergencies or preparing for an emergency landing.”

But Louisiana Rep. Garret Graves, the Aviation Subcommittee’s ranking Republican, said that while air rage incidents were unacceptable, they’re not representative of the majority of the 350 million airline passengers who have flown without incident. Such cases, he said, were the “exception.”

Teddy Andrews, an American Airlines flight attendant appearing on behalf of the Association of Professional Flight Attendants, related an incident in which he asked a passenger to put his mask over his mouth and nose. The passenger called him a racial slur in response. “I don’t have to listen to a damn word you have to say,” the passenger told him.