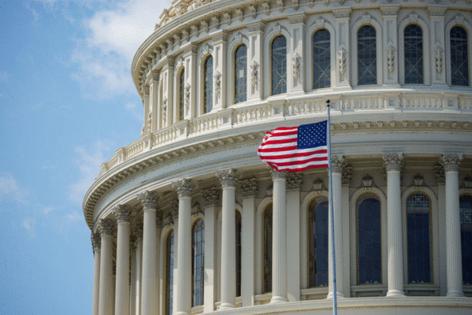 Public opinion of the Supreme Court dropped to its lowest point in two decades after the justices declined to block Texas' controversial abortion law, new polling shows, echoing poor marks for the other branches of government.

Two-fifths of Americans approve of the job the Supreme Court is doing — a sharp decline from July when 49% of people indicated approval, according to a new Gallup report released Thursday. Public opinion of the high court has been worsening since it last peaked at 58% — one of its highest ratings — just over a year ago.

Similarly, President Biden's approval rating fell 6 percentage points over the last month to 43%, the lowest mark in his presidency, per a separate poll by Gallup released Wednesday. Congressional approval remains low, with just 27% of Americans satisfied with the job lawmakers are doing.

Americans across the political spectrum expressed disapproval of the Supreme Court. Democrats held the lowest positive opinion, at 36%. Roughly two-fifths of independents approved of the high court and 45% of Republicans indicated approval.

The Supreme Court's ratings last dropped this low in 2016, after the justices ruled colleges could continue to use race as a factor in admissions and in 2005 after the court expanded the federal government's eminent domain power. Both times the court received a 42% approval rating.

The Gallup poll also found trust and confidence in the judicial branch fell significantly over the last year. The percentage of Americans who expressed "a great deal" or "fair amount" of trust in the Supreme Court dropped from two-thirds in 2020 to 54% this month.

Additionally, more Americans see the Supreme Court as being "too conservative" — at 37%, it's an increase of 5 percentage points from a year ago. The confirmation of Amy Coney Barrett last fall solidified the high court's conservative majority.

For the first six months of his presidency, Biden's approval rating hovered just above a majority, peaking at 57% after his inauguration and again in April. Except for Donald Trump, every president since Harry Truman has enjoyed a honeymoon period of high approval ratings during the start of their presidency. (In comparison, Trump's approval rating in September 2017 was 37%.)

Although Democrats' approval of Biden has dipped slightly, to 90%, they remain strongly in favor of the job the president is doing. Conversely, just 6% of Republicans approve of Biden. Independents' views toward Biden have been steadily declining over the past few months, with just 37% approving — a 24-point drop from January.

For the first time, Gallup also asked survey respondents to rate how Vice President Kamala Harris is doing. Americans were split down the middle, with 49% approving and 49% disapproving. Similar to Biden, Democrats rate Harris very highly (92%) while few Republicans approve of her as vice president (4%). Nearly half of independents (46%) have a favorable opinion of Harris, explaining why her approval rating is slightly higher than Biden's.

Congress continues to have the lowest approval ratings out of the three branches of government. Less than one-third of Americans are satisfied with the job lawmakers are doing, a number that has remained relatively unchanged since June but is down from the 36% approval rating in March.

This is likely due to the partisan polarization and dysfunction that has prevented Congress from passing a major infrastructure bill, a spending package, two significant voting and election reform bills, and a raise or suspension of the debt ceiling to prevent an impending government shutdown, among other important policy proposals.

For these surveys on public approval of the Supreme Court, the president and Congress, Gallup interviewed 1,005 American adults over the phone Sept. 1-17. The margin of error is 4 percentage points.