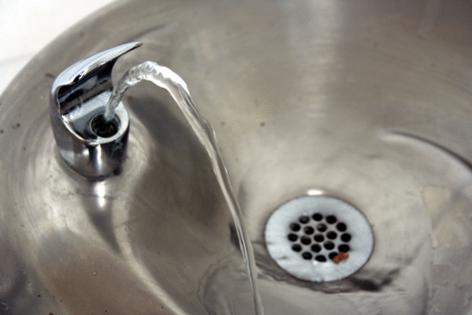 CHARLOTTE, N.C. — A North Carolina high school principal apologized after a cheerleading sign with the word “White” in all capital letters was placed on a drinking water fountain in the school.

“We apologize if anyone was offended,” Principal Dylan Stamey of Piedmont High School in Union County said in “an important message” to parents Tuesday night.

He was referring to segregation, when Black people were prohibited from drinking at public water fountains used by whites.

A picture of the sign was “circulating on social media,” Stamey said in his message.

The Charlotte Observer requested and obtained a copy of the message from Union County Public Schools spokeswoman Tahira Stalberte.

School officials investigated and determined that the placement of the sign “was not intentional,” Stamey said in his message.

“During practice, a cheer sign was left just outside the gym on the floor and it was picked up and placed on a water fountain,” according to his message.

In a follow-up email to the Observer, Stalberte said she wanted to clarify that “the school colors are blue and white. The sign in question is one of the cheer signs that’s used at athletic activities.”