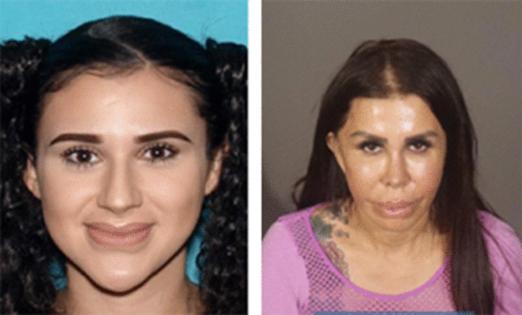 LOS ANGELES — Karissa Rajpaul moved from South Africa to Southern California with a dream: to become a social media star and make it in the adult entertainment business, authorities said.

But those dreams never came true for the ambitious 26-year-old, who died two years ago during an illegal cosmetic surgery.

After settling in Sherman Oaks, Rajpaul reached out to a mother-daughter team who investigators say were advertising cosmetic procedures at discounted rates on Instagram.

The women — identified by police as Libby Adame, 51, and Alicia Gomez, 23 — met with Rajpaul, who was seeking an enhancement of her buttocks, according to an investigation into the woman's death.

Police say the pair were not licensed to perform surgery, yet Rajpual scheduled three medical procedures with them in the fall of 2019.

During one of the procedures, Rajpaul took selfies and a video showing herself smiling while lying on a cloth-covered table in a private home in Encino. Adame and Gomez were seen in the video, which since has been removed from Instagram, injecting a syringe into Rajpaul's buttocks in the background.

But during her third procedure — on Oct. 15, 2019 — something went horribly wrong. Rajpaul was injected with a type of liquid silicon comprising materials commonly found at home-improvement stores, according to the Los Angeles County coroner's office. She suffered acute cardiopulmonary dysfunction and died on the makeshift operating table that had been set up in the house, authorities said.

It would take nearly two years — and more than 50 other victims reporting botched surgeries — before the LAPD identified Adame, who was known as La Tia, and Gomez as the women responsible for Rajpaul's death. The pair were arrested in last month and charged with murder.

Since the arrests, the LAPD has increased staff to handle the sudden influx of calls, mostly from women, reporting botched cosmetic procedures.

"We had actually been looking for other victims, and we located a few," Hamilton said, "but now that it's gone public, they're coming out of the woodwork."

Many of the patients who have spoken to authorities are "permanently disfigured and suffering gruesome consequences" from the in-home procedures, Hamilton said. They all have shared similar stories alleging that Adame and Gomez performed surgeries from private homes, transferring medical equipment to and from each location.

Hamilton said the allure of a cheaper procedure is what draws many to such illegal operations. While the average cost of a typical butt-lift in a board-certified plastic surgeon's office could run anywhere from $10,000 to $15,000, Adame and Gomez were charging between $3,000 and $4,000, police said.

Anyone with information about Adame and Gomez is asked to call Los Angeles police at (818) 374-9550.