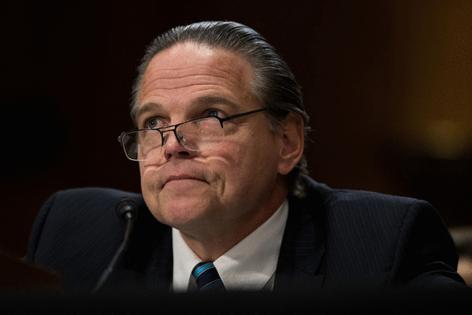 WASHINGTON — Deputy Secretary of State Wendy Sherman pushed back Thursday against scathing criticism from Daniel Foote, the administration’s special envoy for Haiti who resigned this week, saying she disagreed with his proposal to send U.S. troops to the country.

Foote resigned after two months on the job and in his resignation letter cited “inhumane” treatment of Haitian migrants at the U.S. southern border.

His appointment in mid-July came on the heels of an active debate within the administration over whether to send U.S. troops into the country. Amid the fallout from the assassination of President Jovenel Moïse, Haitian government officials asked Washington to send security assistance to help protect critical infrastructure — a request that was reviewed by the Pentagon and senior national security officials.

Sherman, the second-highest official at the State Department, said in an interview with McClatchy that policy disagreements with Foote persisted throughout his tenure and whether to send U.S. military troops into Haiti was a central dispute.

Foote was appointed special envoy to Haiti in the weeks after Moïse’s murder, and before the Aug. 14 earthquake that further devastated the Caribbean nation.

Sherman rejected Foote’s assertion that his recommendations were ignored.

“There have been multiple senior-level policy conversations on Haiti where all proposals, including those led by Special Envoy Foote, were fully considered in a rigorous and transparent policy process. Quite frankly, some of those proposals were harmful to our commitment to the promotion of democracy in Haiti. For him to say the proposals were ignored were, I’m sad to say, simply false," she said.

“You know, one of the ideas that Mr. Foote had was to send the U.S. military back to Haiti,” she continued. “I have followed Haiti since the Clinton administration, and I can tell you that sending the U.S. military into Haiti is not the answer that will solve the terrible situation that the Haitian people are currently facing. It just was a bad idea.”

Foote said earlier this month that gang violence and kidnappings were issues that needed to be addressed before the country can hold elections. Some leaders in the region, including Dominican Republic President Luis Abinader, have warned that Haiti could become a factor of insecurity across Latin America if other countries don’t step in to provide security assistance there.

“Haitians alone will not be able to bring peace to their country, much less will they be able to guarantee the conditions to establish a minimum of order,” Abinader told the U.N. General Assembly. “The most important and immediate issue in Haiti is security. Only after this is achieved can free, fair and reliable elections be held.”