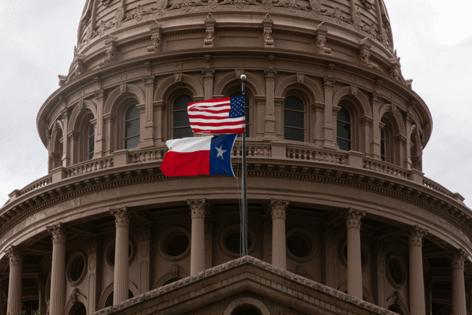 Now, as booming economies attract more Democratic newcomers to cities such as Louisville, Nashville and Omaha, GOP lawmakers in Kentucky, Tennessee and Nebraska are mulling the same strategy.

Republicans need to flip as few as five seats to regain control of the U.S. House of Representatives in 2022, a goal states could accomplish with redistricting alone, according to a University of Virginia Center for Politics report released in May.

“It’s the Dems who want to rip the city to pieces,” said Gail Gitcho, a spokesperson for the National Republican Redistricting Trust.

For the most part, however, the city-splitting strategy is being employed by Republicans seeking to dilute the political power of liberal cities.

Five of the nine U.S. cities divided into five or more congressional districts are in Texas — Austin, Dallas, Fort Worth, Houston and San Antonio. But Republicans who control the legislature in that state want to go even further this redistricting cycle, because the census gave Texas two additional congressional seats. The GOP wants to claim both.

A six-way split for a city such as Austin, which has about 962,000 people, is extreme considering that the average congressional district nationwide will have about 761,000 people after redistricting this year, up from 711,000 after the 2010 census.