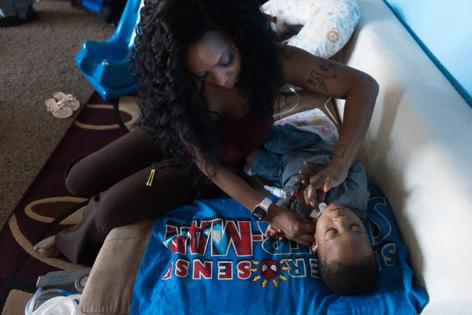 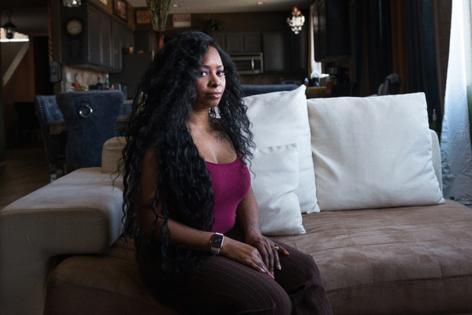 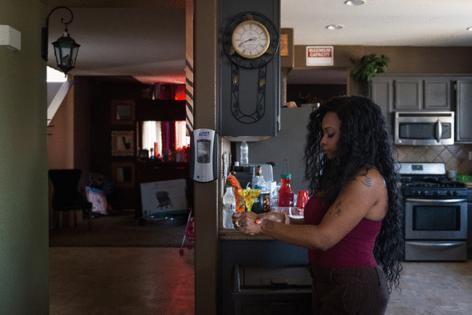 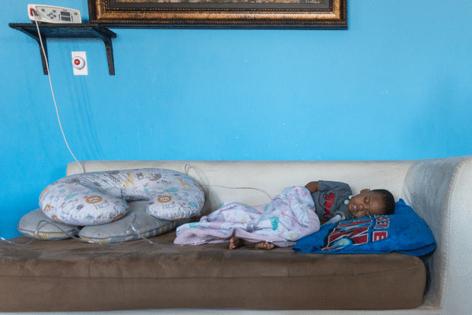 Now 2 years old, Markeano is attached to breathing and feeding tubes. He can’t walk or move his arms.

“If I want him to sit up, I have to sit him up. If I want him to play with a car, I’ve got to put his hand on the car and move it back and forth,” said Williams, 38, who lives with Markeano, her four other children and her husband, Marcus, in Adelanto, California, a small city in the High Desert region of San Bernardino County.

Markeano is enrolled in the Inland Empire Health Plan, a county-run managed care insurer that provides coverage under Medi-Cal, California’s version of the federal Medicaid program for people with low incomes or disabilities. He also receives care through California Children’s Services, which covers kids with serious conditions.

But Williams still finds it difficult to get her son the specialized care he needs. What’s worse, neither his insurers nor his doctors take responsibility for managing his care, she said. “No one coordinates the care except for me.”

Poor care coordination is one of the many shortcomings of Medi-Cal, which covers over a third of the state’s population and nearly 40% of children under 18. Advocates, patients and even the state auditor say Medi-Cal has failed to hold accountable the managed care health plans that cover almost 12 million of its nearly 14 million enrollees.

To remedy these failings, the state has begun an ambitious contracting process that aims to commit the health plans to better service. The state’s exact strategy is unclear. But it is expected to result in new rules for Medi-Cal managed care. The nine commercial insurers, including giants Health Net, Anthem Blue Cross, and Blue Shield of California, will have to bid for new contracts intended to set more rigorous care standards. While their members account for fewer than one-third of managed care enrollees, the companies have made nearly $3 billion from Medi-Cal since 2014.

Non-commercial plans like the Inland Empire Health Plan, which are established by county authorities, won’t have to submit bids, but they will be required to sign the new contracts.

“The state has had a lot of difficulty — because of skill and will — in managing and enforcing the terms of its existing contracts,” said Alex Briscoe, head of the California Children’s Trust and former director of Alameda County’s Health Care Services Agency. “This represents an opportunity not only to redesign the contracts but also to reimagine the state’s role in enforcing them.”

It’s also an opportunity for the state to make a statement in selecting plans.