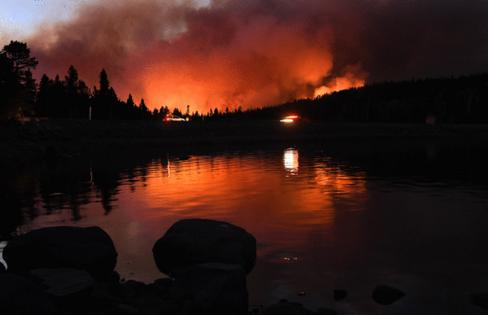 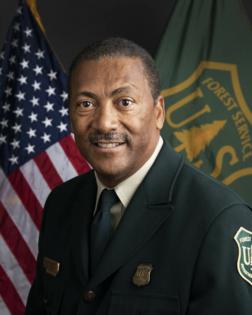 When Randy Moore became chief of the Forest Service seven weeks ago, he took over an agency reeling from one of the worst wildfire seasons in history. There had already been about 100 big fires, and the agency’s 27,000 firefighters were stretched thin. Underscoring the sense of emergency, on the day we spoke, crews had wrapped fire-resistant foil around the base of Sequoia National Park’s General Sherman, an ancient and majestic sequoia tree, to save it from an approaching fire.

Yet Moore, who has been with the Forest Service for 43 years, the last 14 of them in California, seems sanguine about the future of forests and fire-prone towns — if Congress passes an infrastructure package with funding for fire prevention work.

“Our forests are really in a state of crisis,” he said. “What we’re seeing now should be a call to action.”

Q: You are the first Black person to lead the Forest Service. In your first address, you said it’s “not going to take another 116 years to have another person of color” serve as chief. What is the agency doing to ensure that happens?

A: I think this administration is off to a really good start on that with the focus on equity and inclusion. The steps are being put into place where people are in position to be considered for the chief job going forward. I think we have more options these days than what we’ve had in the past, simply because you have a lot of people at the upper end of the organization that are people of color. The opportunities are there, so now it’s a matter of selection.

Q: California is experiencing unprecedented fire behavior. This summer, the Dixie and Caldor fires became the first ever to burn from one side of the Sierra to the other. Does the Forest Service need to change its approach to these fires?

A: We’ll never be able to hire enough firefighters to fight our way out of what’s going on on the landscape. We’re seeing conditions out there that I have not seen in my 40-plus years of working for this agency. Due to climate change, due to extreme drought that’s taken place, the fire intensity is just off the charts. We’ve always had pyrocumulus clouds at certain nasty fires, but I’ve seen more of them this year. In some cases, fire retardant hasn’t had much of an effect. It’s burning just that hot and moving quickly. I think you have to balance the conversation a bit by not only talking about the need to suppress these fires; we have to talk fuel treatments. We have to do a lot more forest treatment so we have healthy, resilient forests. That’s our biggest weapon against a lot of the fire activity that’s taken place here.

Q: This was a close call for South Lake Tahoe. Did you get lucky with the changing weather? Are there strategic lessons you learned from that experience?

A: What I saw with my own eyes on the ground is that where we have had fuel treatments, those helped tremendously. If you look at the southern end of [the Caldor] fire and how it moved up toward Lake Tahoe, you can see a blank spot where [a previous fire] was. I’m told the head of that flame was about 150 feet approaching South Lake Tahoe, and when it hit those treated areas, it dropped down to about 20 feet. We have proof that these treated areas really helped slow the fire down. It doesn’t always stop the fire — it’s not intended to stop it — it is intended to slow it down so the firefighters can get out there on the ground and knock it down.

Q: How do you square the need for more prescribed burning with the fact that the Forest Service doesn’t have enough money or trained employees?