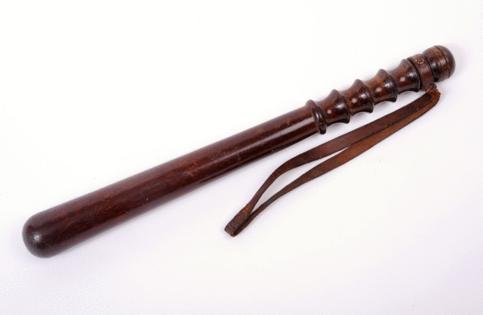 SAN DIEGO — A San Diego federal judge ruled on Wednesday that a California law banning possession of a baton or billy club is constitutional, noting the prohibition's longstanding nature of being on the books for more than a century.

The decision is the latest from U.S. District Court Judge Roger Benitez, who has been given jurisdiction over several cases filed in recent years challenging the state's strict laws regulating weapons. All but this lawsuit have involved firearms.

The lawsuit, filed in 2019, takes aim at California's law making it illegal to possess an "instrument or weapon of the kind commonly known as a billy."

While the law doesn't explicitly define a billy, courts have determined it to be any kind of stick, bat or baton that is intended to be used as a weapon. For instance, a baseball bat at a Little League game would not be deemed illegal, but it could be at a riot, or "in circumstances where possession demonstrates an immediate atmosphere of danger," according to a previous court ruling.

The suit was filed by a pair of military veterans who argued they wanted to own batons for self-defense and that their inability to do so under state law violated their Second Amendment right to bear arms.

In his 29-page order, Benitez upheld the ban — but somewhat reticently.

In analyzing the case — based on dueling motions for summary judgement by the veterans and the state attorney general — Benitez said he was bound by legal precedent to first consider whether the law in question is deemed longstanding.

It is, the judge concluded. Benitez noted the law has been around since 1917 in California, and even longer in some states.

"Because the 104-year-old state law qualifies as 'longstanding,' it is a permissible restriction on a dangerous, but less-than-lethal, unusual weapon," Benitez ruled.