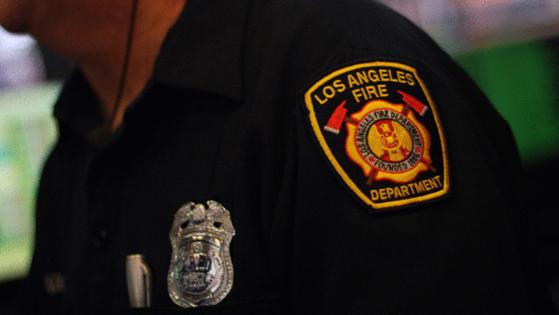 LAFD Battalion Chief Kris Larson, president of the Los Angeles Women in the Fire Service, told the LAFD's Board of Fire Commissioners that female firefighters refuse to file complaints because the LAFD is "gossipy" and they will face retaliation.

"There are women that are to this day cleaning feces off their bathroom floors or their toilets, left by men, and it's unacceptable," Larson said. "They don't want to make a comment about it, because they know if a complaint goes in at a fire station, that's going to happen."

The Los Angeles Times reported in July on the "frat house" culture that has driven out some female firefighters from the department and renewed scrutiny on an agency that has long faced accusations of discrimination.

One former LAFD firefighter, Katie Becker, told the Times about the harassment she said she endured, including an instance where the word "junk" was written on her helmet. She also said male firefighters would "destroy" the women's bathroom. "People would pee or defecate on the floor," Becker said. "They make it clear that you're not welcome as a woman."

Rebecca Ninburg, an LAFD commissioner, also recently described the department as a "very hostile work environment" for women during her recent deposition in the sexual harassment case involving a former aide to Mayor Eric Garcetti.

Some female firefighters have offered sharply different assessments. Chelsey Grigsby, who works out of Station 20 in Echo Park, told the Times last month that she has "never been treated unfairly or felt that I cannot speak my mind or anything like that, ever."

Larson, with Los Angeles Women in the Fire Service, gave a short presentation about her 113-member group to commission members at Tuesday's meeting. She also provided a stark summary of what female firefighters endure.

"There is absolute retribution within this organization," Larson said. She also said that female firefighters don't trust the department's complaint system and don't feel that their complaint will be "fairly administered."

Female probationary firefighters are "trying to keep their head down," Larson said. "They're more concerned about keeping their job than they are trying to report discrimination."