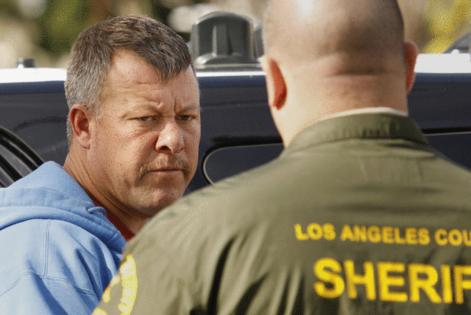 LOS ANGELES — A San Luis Obispo County judge ruled that Paul Flores will be tried for murder in the 1996 disappearance of Kristin Smart and that his father must also answer to charges that he was an accessory to the crime.

Judge Craig B. Van Rooyen on Wednesday made the decision there was probable cause to try both father and son after hearing 22 days of testimony in which the prosecutor laid out a circumstantial case against Paul Flores, who was the last person seen with the fellow Cal Poly San Luis Obispo student near the residence halls on May 25, 1996.

Paul Flores was arrested in April at his San Pedro home, nearly 25 years after Smart, 19, vanished after being last seen walking with him toward the dormitories. While Smart’s body has never been found, she was legally declared dead in 2002.

During the preliminary hearing, the prosecutor solicited testimony from witness Jennifer Hudson that the now 44-year-old Flores admitted to the crime to her in 1996.

“I’m done playing with her and I put her out underneath my ramp,” Hudson testified Flores told her. But she didn’t tell anyone of those words for years, and only informed the lead investigator in the case in 2019.

Deputy District Attorney Chris Peuvrelle, seeking to also try Ruben Flores, Paul Flores’ 80-year-old father, as an accessory to the crime, elicited testimony that he said shows the father allegedly concealed the body, eventually moving it after years of keeping some of the remains below a deck at his Arroyo Grande home.

In arguing for the case’s dismissal, Paul Flores’ attorney Robert Sanger said “there was no consistent theory” about where Smart’s body went and no proof of what happened to her.

After noting that a former boyfriend had left burned shoes on Smart’s doorstep, Sanger said he was not saying that the ex-boyfriend killed her. “I’m saying there’s no evidence anyone had done it,” he said.

The standard to send a case to trial, however, is lower than proving the charges beyond a reasonable doubt. At preliminary hearings, prosecutors must convince the judge there is sufficient evidence to bring the case to trial.