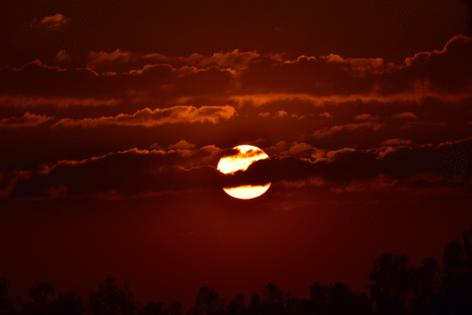 PHILADELPHIA — The sunsets are becoming evermore glorious, and soon the leaves will be rivaling them for color. The planets are putting on an amazing celestial show nightly, and many regions of the country are about to host some of the briskest bird traffic of the year.

But on Wednesday, the equinox day when the astronomical autumn arrives in the Northern Hemisphere at 3:20 p.m. Eastern time, for reasons that transcend the fact that we are yet again entering a pandemic fall, not everyone is in the celebratory spirit.

We are in the period when the curtains of darkness are closing at their most rapid pace of the year. The sunrise-to-sunset time on Wednesday will be more than 2½ minutes less that it was on Tuesday, and around three hours less compared with the solstice day in June.

“It’s amazing how quickly it starts to happen,” said Phil Gehrman, a clinical psychologist at the Hospital of the University of Pennsylvania who specializes in sleep and circadian rhythm disorders.

The loss of light clearly affects some people, he said, adding that a certain sluggishness and a desire for more sleep would be common responses, which some studies have linked to light-related hormonal changes.

“It’s more the effects of the light exposure on our behavior, as opposed to a direct effect on our physiology,” he said. He said it could be a diluted variant of what animals experience: “There’s probably just some small corollary of hibernation.”

He said the explanation for an increased sleep appetite might be simpler: “People normally are not getting enough sleep. They just may be getting closer to what they should be doing 12 months of the year.”

He advises people to just be aware that the light is eroding radically and to take some simple steps, such as sitting by windows and going outside more often. And there is a lot to see out there these days.

What happens at the equinox