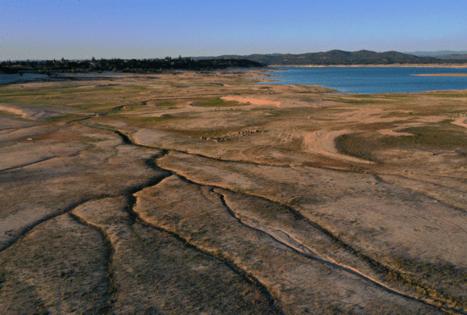 SACRAMENTO, Calif. — In the first test of their willingness to cut back on water use during the drought, Californians reduced residential consumption by just 1.8% in July compared to a year earlier — well short of what Gov. Gavin Newsom has been seeking.

The statistics released Tuesday by the State Water Resources Control Board suggest Californians haven’t been enthusiastically embracing Newsom’s appeal for 15% reductions, at least in the early going.

“On conservation, we’re going to be needing to do more,” said the board’s chairman, Joaquin Esquivel.

In fairness, Californians were already using less water compared to 2014, at the onset of the previous drought — roughly 15% per capita less, according to state records. And the July results provide only about three weeks’ worth of conservation data from the current drought; it wasn’t until July 8 that Newsom issued his executive order calling for voluntary reductions of 15% compared to 2020.

Esquivel said he was heartened that the July conservation numbers were much stronger in the Russian River watershed — where Newsom declared a drought emergency in April and local officials have been instituting tougher calls for conservation for months. Usage in the watershed fell 17% in July compared to 2020.

“If you look at places like the North Coast and the Russian River watershed, where we began action ... back in April, we see that it takes time for conservation to boot up,” Esquivel said. He said the 17% figure “shows the responsiveness of communities” to appeals for conservation.

The results were released as state officials have begun planning for another potentially dry winter. Karla Nemeth, director of the Department of Water Resources, said the state is mapping out “a worst-case scenario in terms of water availability” from three of California’s most important reservoirs: Shasta, Oroville and Folsom. The three reservoirs are at or near record-low volumes of storage, she said.

Despite the severity of the drought, Newsom has declined to institute mandatory conservation for urban Californians, although his top aides have suggested such a step could occur if the drought persists into 2021.

During the last drought, after Californians failed to respond to meet Gov. Jerry Brown’s targets for voluntary conservation, Brown imposed a 25% mandatory cutback in urban usage, with even tougher mandates in areas like Sacramento where per-capita consumption exceeds the state average.

The July results varied widely by region. In the Sacramento area, overall water consumption “was about the same” as it was a year earlier, said Amy Talbott, water efficiency program manager at the Sacramento Regional Water Authority.

Elsewhere, results were a mixed bag. Usage in Los Angeles and San Diego, where the drought is less severe than most of the rest of the state, grew by 1%. But consumption fell 10% in San Francisco.

In the San Joaquin Valley, where most farmers have already seen their water supplies fall dramatically, urban conservation results were mixed. Consumption was flat in the cities of Merced and Fresno but grew by 2% in Modesto.

“Conservation is not like a light switch — it takes time for water savings actions to kick in,” Talbott said in an email. Last week the authority, which represents 20 water agencies in the region, disclosed that the area cut water usage by about 6% in August — a figure that authority officials considered a good sign that residents are taking the drought seriously.