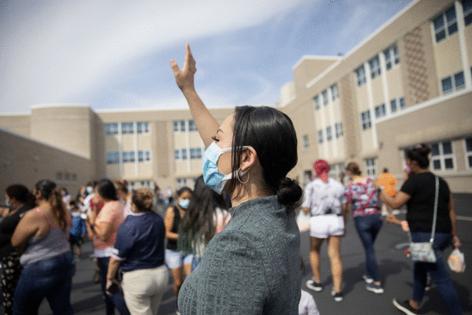 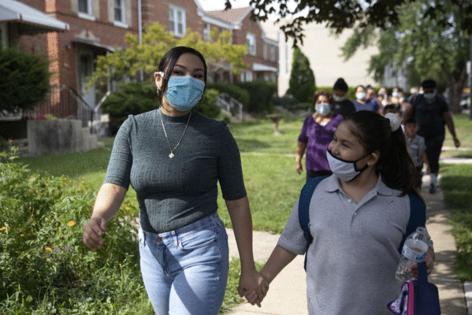 CHICAGO — For the four years she was in high school, Angela Sustaita, 18, did everything she could to ensure that she would have a shot to attend college, hoping to pay for it with scholarships and financial aid.

She took honors and Advanced Placement classes. She spent most evenings in dance practice or with the track team. “But it wasn’t enough,” said Sustaita, a Cicero resident who has lived in the United States without authorization since her parents brought her as a young child.

Her plans for college were abruptly derailed after a court ruling in July blocked new applications for the Deferred Action for Childhood Arrivals program, or DACA, putting her — and thousands more who were applying for the first time — on standby as they wait to find out whether their applications will be processed.

She couldn’t attend the college of her dreams and has not been able to find a job because she does not have a Social Security number to apply for financial aid or get a work permit.

“It feels like everyone is progressing and my life is at a halt, living under the terms of the government,” she said.

A Texas court ruled July 16 that the Obama-era program was unlawful. While the Biden administration appeals that ruling, the decision is blocking more than 80,000 new applications from young adults who were brought to the United States illegally as children and are seeking protection under DACA.

Although the ruling by U.S. District Judge Andrew Hanen only barred the federal government from processing new applications, it has also affected the backlog of renewal cases that had been delayed by the COVID-19 pandemic, leaving many who were previously approved for DACA without work permits.

On Sept. 10, the Department of Justice filed a notice in the 5th Circuit Court of Appeals to begin the process to challenge Hanen’s decision.

Meanwhile, immigration advocates and political leaders in Chicago are mobilizing to demand immigration reform that would guarantee a path to citizenship for young immigrants like Sustaita, as well as those who have already been protected under DACA or temporary protected status or because they are farmworkers or essential workers.

Though Sustaita feels stranded, she is hopeful that under the Biden administration, there will soon be a more permanent solution to her immigration status.

LOS ANGELES — Two Los Angeles County supervisors are calling for an independent investigation into federal criminal charges against their former colleague Mark Ridley-Thomas, who is accused of taking bribes from a ...Read More

FORT LAUDERDALE, Fla. — In his first interview since he was criminally charged in the 2018 shooting at Marjory Stoneman Douglas High, the vilified deputy who took cover while a gunman shot students and staff is doubling ...Read More

KANSAS CITY, Mo. — Mayor Quinton Lucas has filed a complaint against the Kansas City police officer who allegedly conducted an “unauthorized” search of his home address in a database, The Kansas City Star has learned...Read More