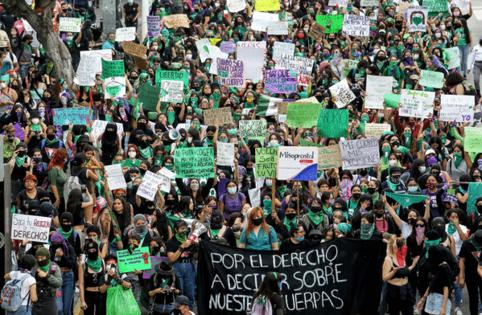 Mexico’s Supreme Court struck down an article in the nation’s health law that permits health-care workers to refuse a specific service, two weeks after it declared a state law prohibiting early-term abortions unconstitutional.

The article bars health-care workers from citing conscientious objections to medical procedures in cases where a person’s life is at risk or in a medical emergency but allows them in other circumstances. The court’s decision, published on its website Monday, could potentially prevent medical professionals from opting out of abortions.

“The right to interrupt a pregnancy should not remain only on paper. Our defense lawyers will reach all corners of the country to assist people who were criminalized for their right to decide,” Supreme Court President Arturo Zaldivar wrote in a tweet last week.

The Supreme Court earlier this month unanimously declared that criminalizing early-term abortion is unconstitutional. While the decision didn’t legalize abortion across the country, it did set a precedent for other states to overturn existing prohibitions, part of a push-back across Latin America against such laws.

The conscientious objection article was published as part of the law in 2018. It remains up to Congress, with additional Supreme Court guidance, to determine how the invalidated part of the law should be replaced.