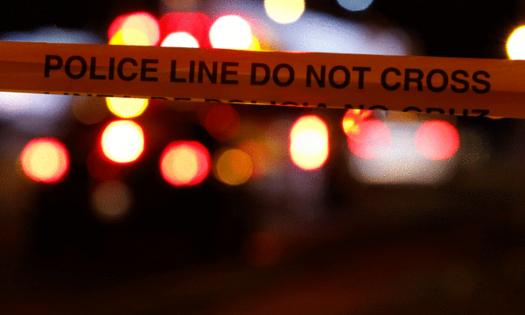 CHICAGO — Sixty-one people were shot, including a 3-year-old boy, and at least 12 of those died from their wounds this weekend in Chicago. There were at least 29 people shot on Sunday alone, according to information from Chicago police.

A man was killed and three women were wounded, two of them critically, in a shooting and subsequent crash in West Chatham on the South Side at 11:35 p.m. Sunday.

The man, 30, whose name officials had not released Monday, was driving south in his black 2015 Jeep Grand Cherokee in the 8300 block of South Vincennes Avenue when he was shot by someone in a red van, “which fled the scene,” police said. The man was shot once in the head and lost control of the Jeep, crashing “into a steel beam,” before stopping “underneath a train viaduct,” according to authorities.

Three women in the Jeep also were injured, two of them critically. A 28-year-old suffered a broken hip and leg and was taken to University of Chicago Medical Center in critical condition, police said. Another woman, whose age was not released, suffered “trauma to the body,” and she also was in critical condition at the same hospital. The third woman, 29, suffered “trauma to the head” and she was taken to St. Bernard Hospital where she was in fair condition, according to police.

And in the span of less than an hour early Sunday, a tow-truck driver was fatally shot while doing his job on the South Side and five people were seriously wounded in a shooting on the West Side, according to police.

Saturday night in West Englewood, a man shot at a group of people, wounding a teen girl and a woman, 15 and 20. Shortly after 11:15 p.m., the two women were outside with the group on the 5900 block of South Paulina Street when the man shot at everyone from afar before fleeing.

The older woman was taken to University of Chicago Medical Center, while the teenager was transported to Comer Children’s Hospital; both were described to be in good condition.

Early Saturday, a man working at the window of a restaurant was shot in the torso in the West Side’s South Austin neighborhood. The 26-year-old man was on the job at 3:20 a.m. in the 200 block of South Cicero Avenue, when a man came and shot at him and then quickly left, as the man behind the window tried to avoid the shots. He refused medical treatment and was reported to be in good condition.

Two men were on a rear porch in the early hours of Friday in the Belmont Cragin area, when they were shot in the buttocks and leg. The men, both 20 years old, were shot on the 2600 block of North Melvina Avenue at 12:34 a.m. They were brought to Loyola University Medical Center in Maywood, where they were listed in good condition.

There were also numerous shootings Sunday, resulting in at least 29 people wounded. Among those was the fatal shooting of 28-year-old Turell Brown, of the same block where he was shot, who was struck by gunfire from a Chicago police officer, authorities said. Police accused Brown of carrying a knife when they arrived in the 6500 block of South Harvard Avenue in Englewood just before 11 a.m. for a report of a “domestic disturbance.”

An investigation into a double homicide was launched following a shooting in West Pullman about 1:30 p.m. Two men, one 28 and the other 33, were fatally shot while standing outside in the 11800 block of South Emerald Avenue, police said. Both men had been shot in the head and were pronounced dead at the scene. Police believe there were two shooters who took off running.

At 11:35 a.m. two men were shot and listed in critical condition following a shooting in the 3900 block of West Madison Street in the East Garfield Park neighborhood, according to police. The men, 29 and 26, both suffered multiple gunshot wounds and were taken to Mount Sinai Hospital in critical condition.