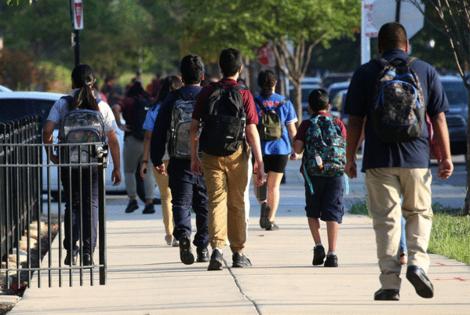 CHICAGO — Chicago Public Schools is reporting 481 COVID-19 cases for the first three weeks of school, with more than 9,600 people identified as close contacts of an infected person.

The data on the district’s public case tracker reflects 329 student cases and 152 adult cases for the period from Aug. 29 through Sunday. In the last seven days, 125 student and 47 adult cases were logged, according to the online tracker.

CPS has once again changed the type of COVID-19 case information it reports on its website. Sunday’s data includes the number of cases at non-school-based CPS locations, under the “administration” category (35 cases in the first three weeks, with 469 close contacts identified). The district’s new Virtual Academy for “medically fragile” students is also now appearing in the data set, with zero cases reported.

A district representative did not immediately return a Tribune request for comment on changes to its reporting methods, which also now include a daily case breakdown. CPS used to update its case tracker once a week, on Wednesdays.

The district’s Sunday update shows more than 4,000 COVID-19 tests have been administered this school year through its screening program, with four people testing positive last week. In the past three weeks, 260 test results were deemed invalid, according to the district’s data.

The school’s voluntary testing program is not expected to expand to all schools until the end of the month. Students and staff members were said to have been offered tests at some 170 schools last week.

The Chicago Teachers Union and some parents have blasted the district for the slow start to the testing program, which is only mandatory for unvaccinated staff members and unvaccinated or half-vaccinated student-athletes during their sports seasons. There are also concerns the district’s case tracker is not providing an accurate number of cases.

A close contact is defined as someone who was within 6 feet of an infected person for 15 or more minutes in a 24-hour period while masked or not. CPS is not instructing fully vaccinated, asymptomatic people to quarantine for the standard 14-day period. The vaccine is only available to people 12 years and older.

CPS’ online case tracker only includes data from some 500 district-run schools and not charter or contract schools that are part of the CPS orbit, but are independently managed. A Southwest Side charter elementary school transitioned to remote learning last week after three cases were reported on a single day.