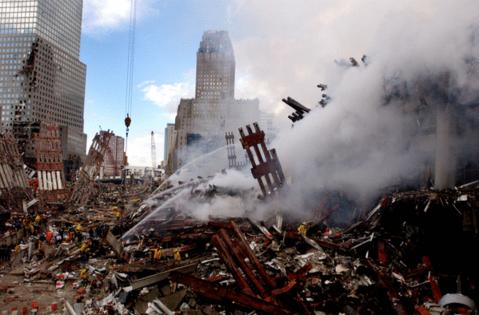 What did then-New York City Mayors Rudy Giuliani and Michael Bloomberg really know about the toxic threats posed by the ruins for the World Trade Center, and when did they know it?

More than two decades after the catastrophic attacks, and almost 20 years since the city switched from a rescue to recovery operation at ground zero on Sept. 29, 2001, that’s the question two members of Congress are formally asking the city in a letter expected to be sent Monday to current Mayor Bill de Blasio.

“Given the recent 20th Anniversary of the 9/11 attacks, we call on you and your administration to open the City’s files on the aftermath of the attacks to help provide injured and ill 9/11 responders, survivors, and their families a better understanding of what the City knew at the time about the likely scope of the health crisis and when they knew it,” says the letter from Democratic Reps. Carolyn Maloney and Jerry Nadler, whose districts include parts of the city.

“The time has come for a full accounting of the history of 9/11,” said the letter, obtained in advance by the Daily News.

In theory, much of what Giuliani knew and when he knew it came out in the lawsuits filed against the city in the years immediately after 9/11 and which were mostly settled in 2010.

But the new letter suggests that at least two members of Congress do not believe the administrations of Giuliani and his successor, Michael Bloomberg, delivered all the goods.

It notes that in 2003, the federal Environmental Protection Agency released a comprehensive report that revealed how then-EPA head Christie Todd Whitman and the Bush administration falsely claimed the air was safe to breathe around ground zero.

Despite the extensive lawsuits after 9/11, Maloney and Nadler believe there is more that needs to come out.

One item they point to specifically is news that surfaced amid the litigation in 2007 that city officials were worried in October of 2001 that the poisonous air around the disaster site could lead to 10,000 lawsuits from sick workers. The memo that contained that warning and the background information it relied on have not been released.

And in fact, the illness wrought by the malignant dust and smoke of ground zero has been much worse. Some 112,000 are registered with the World Trade Center Health Program and roughly 89,000 of those people have at least one condition linked to 9/11 and the aftermath.

It’s time for all of those people to learn how the city ignored the threats they faced, and papered over health concerns in the efforts to build back as quickly as possible, the lawmakers argue, saying the information could also inform responses in the future.

“Two decades later, a full review remains pressing,” Nadler and Maloney wrote. “Elected officials who made life and death decisions, and who failed to disclose vital information owe accountability to the public. Finally, it is critical that lessons be learned to protect responders and the public in any future disaster.”

City Hall officials did not answer requests for comment.