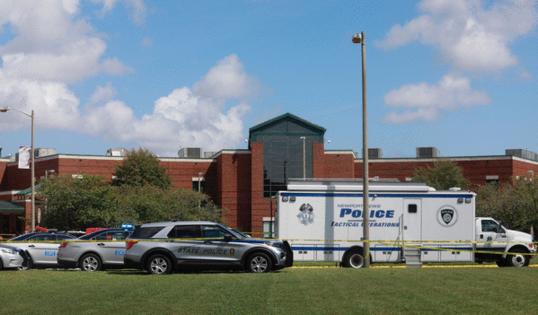 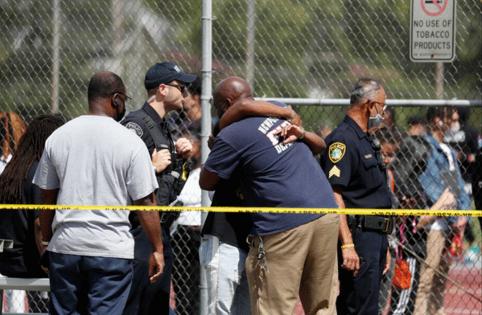 The teens are both 17 years old, a boy and a girl, police Chief Steve Drew said in a news conference. They were taken to the hospital with injuries that are not believed to be life-threatening.

The boy was shot on the side of his face and the girl was shot in her leg, Drew said. At least two others were taken to the hospital with other injuries — one with a sprained wrist and another who suffered an asthma attack. Drew said the wrist injury is believed to have happened while students were evacuating the building.

There was one shooter, Drew said, who is still at large. Police believe the shooter knew the victims. He would not say whether the suspect is a student.

Students were evacuated and sent to the tennis courts.

Police were still sweeping the building as of around 1:30 p.m.

The scene outside the school early Monday afternoon was chaotic, based on several videos livestreamed to Facebook from people at the scene.

About 1,200 students attend Heritage High, which is part of the Southeast Community in Newport News. The school also houses about 130 students who attend Huntington Middle School.

Rumors of shootings at other schools in the city are false, officials said.