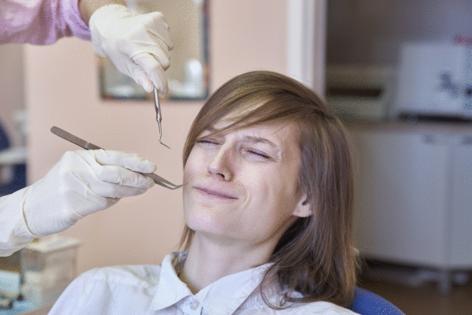 Nevada dentist David White has seen diseased and rotted teeth in the mouths of patients who routinely put off checkups and avoided minor procedures such as fillings. While dental phobia is a factor, White said, the overriding reason people avoid treatment is cost.

To help patients lacking dental insurance, White in 2019 started offering a membership plan that looks much like an insurance policy — except it’s good only at his offices in Reno and Elko. Adults pay $29 a month — or $348 a year — and receive two free exams, two cleanings, X-rays and an emergency exam, services valued at $492. They also get a 20% discount on office procedures such as fillings and extractions.

About 250 of White’s patients have signed up, and it’s led many to visit more frequently for routine exams and get necessary treatment, he said. “It’s pushing patients toward better oral health,” White said.

He’s among a quarter of dentists nationwide offering memberships, according to a 2021 survey of 70,000 dentists by the American Dental Association.

These in-office plans are largely targeted to the 65 million Americans who lack dental insurance and have to pay out-of-pocket for all their care. Dentists also like the plans better than handling insurance plans because they don’t have to deal with insurers’ heavily discounted reimbursement rates, waits to get preapprovals to provide services and delays in getting their claims paid.

Lack of dental coverage contributes to the delaying or forgoing of dental care by 1 in 4 adults, according to a KFF analysis of a 2019 national survey.

Kleer, a Wayne, Pennsylvania, company started in 2018, has helped more than 5,000 dentists set up the offerings. “Patients on membership plans act like insured patients and come in as much as insured patients, but they pay less for coverage while dentists get paid more,” said CEO Dave Monahan. “All we are doing is cutting out the middleman,” he said.

Monahan said business has soared during the COVID-19 pandemic as more dentists, confronted with higher costs for personal protective equipment and more patients without job-based coverage, saw the need for such plans.

Anthony Wright, executive director of consumer health advocacy group Access California, said he’s skeptical about the value of individual dental insurance but said patients also should be cautious about a dental membership plan because they are generally not overseen by states. “People should be aware that this is a generally unregulated field, so it’s buyer beware,” he said.

Before joining a membership plan, consumers should ask what the dentist charges for procedures so they know not just the discount but their actual out-of-pocket cost. In some cases, the membership plans are a viable option.